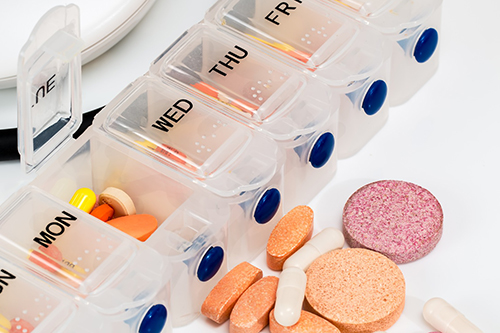 GPs and pharmacists struggle to find the time to involve patients in medication reviews, despite National Institute for Health and Care Excellence (NICE) guidance advising them to do so, according to a study by researchers at the University of Bristol's Centre for Academic Primary Care.

Medication reviews are important for patients who are taking more than one medication, as some medicines may be harmful (e.g. causing falls or confusion) or may no longer be needed as a patient's condition changes or improves. NICE has highlighted the importance of involving patients in this process.

The study, funded by the National Institute for Health Research, Royal College of General Practitioners and Avon Primary Care Research Collaborative, and published in the British Journal of General Practice today [Tuesday 12 February], found that while both GPs and some practice pharmacists who also do medication reviews felt involving patients was important, they rarely had the time to discuss medications with patients. They also reported that, as a result, it was easier to continue medications than to stop them.

Thirteen GPs and ten pharmacists from South West England, Northern England and Scotland were interviewed for the study.

The researchers found that there was a trade-off between being efficient (getting the medication review done) and being thorough (doing it properly). Pharmacists tended to be more thorough than GPs but less time efficient. They tended to require longer appointments focusing just on the patients’ medications, whereas GPs tended to squeeze a medication review in alongside several other problems during a 10-minute consultation.

Dr Polly Duncan, a GP and lead author of the study from the Centre for Academic Primary Care at the University of Bristol, said: "Our research shows that involving patients in medication reviews is difficult to achieve. It's not that GPs and pharmacists don't want to involve patients, it's that they often don't have the time to have a proper discussion, which might result in some medications being stopped.

"The GPs and pharmacists in our study have taken a pragmatic approach, with reviews being done outside the ten-minute consultation or during consultations alongside other problems. We need more research into patients' experience of medication review, what works well and who is best placed to carry them out."