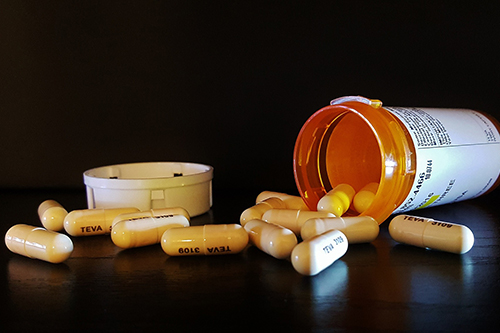 New research on when and how GPs should prescribe antibiotics for common infections is published in The BMJ today [Wednesday 27 February] and is accompanied by an editorial response from the University of Bristol's Centre for Academic Primary Care (CAPC).

Primary care is responsible for around 80 per cent of all health service antibiotic prescribing in the UK, with rates likely to be similar worldwide. The UK government has set targets for reducing antibiotic prescribing because of concerns that the over-use of antibiotics is contributing to antimicrobial resistance, which makes antibiotics less effective or ineffective, posing a serious risk to public health.

Alastair Hay, Professor of Primary Care, has responded to two studies published in the journal, one which found that delaying or withholding antibiotics for people aged over 65 with symptoms of urinary tract infection (UTI) appears to be associated with higher risk of bloodstream infection (sepsis) and death, and another which found that most antibiotic courses for common infections, such as respiratory infections, exceed new recommended guidelines.

Professor Hay, from the Bristol Medical School: Population Health Sciences (PHS), said: "These are two important studies that illustrate the complexity of decision-making for GPs about when and how to prescribe antibiotics. The first suggests that older adults, especially men aged over 85, should start taking antibiotics as soon as possible after diagnosis with a UTI to reduce the risk of serious complications.

"The second, that adhering to national guidance on the length of treatment with antibiotics for common infections would result in around 65 million fewer antibiotic days each year in the UK, significantly reducing the number of antibiotics prescribed through primary care.

"These studies are to be welcomed as important new evidence to inform antibiotic prescribing policies. While reducing antibiotic course length could be implemented relatively easily, the first study does not provide the causal evidence needed to be confident that current GP practice is harming patients."

The first study found that delaying or withholding antibiotics for people aged over 65 with symptoms of urinary tract infection (UTI) appears to be associated with higher risk of bloodstream infection (sepsis) and death. However, the association might be explained by other factors, such as older adults with UTIs being admitted to hospital instead of being prescribed an antibiotic.

UTIs are the most common bacterial infection in older patients. But concerns about the spread of antibiotic resistance have led to reductions in antibiotic use in England. However, if applied to vulnerable older adults, this decline could lead to harm, since they are more likely to develop UTI-related complications.

Previous studies have found significant over-prescribing of antibiotics in primary care in the UK and elsewhere, with the overuse of antibiotics increasing antibiotic resistance levels and putting patients at risk of side effects.

There has been little research on reducing antibiotic overuse by cutting back on course length, so in the second study researchers from Public Health England (PHE), University of Oxford, and Brighton and Sussex Medical School compared the durations of antibiotic courses prescribed for common infections in English primary care with the guidelines recommended by PHE in 2013.

'Antibiotic management of urinary tract infection in the elderly in primary care and its association with bloodstream infections and all-cause mortality: a population-based cohort study' in The BMJ

'Duration of antibiotic treatment for common infections in English primary care: cross sectional analysis and comparison with guidelines' in The BMJ

'Antibiotic prescribing in primary care' by Alastair Hay in The BMJ