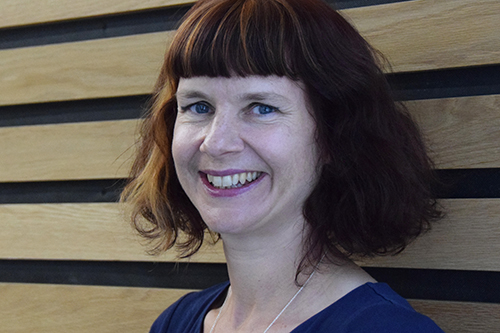 The Government has today announced the appointments of Professor Sarah Green as a new Commissioner at the Law Commission.

Professor Green, from the University of Bristol Law School, will replace Stephen Lewis as the Commissioner for Commercial and Common Law for a period of five years from 1 January 2020.

As part of her new role, she will help ensure the Commission keeps abreast of emerging developments in bioethics, cybercrime, big data, security and privacy, artificial intelligence (AI) and the digital economy.

Over and above her work on the use of technology in business and commerce, she will take over the completion of a project on the Right to Manage which aims to make it easier for leaseholders to take control over the running of their buildings.

Professor Green, who joined the Law School in 2017, said: "Technology poses a series of complex problems for lawmakers and wider society. The work the Law Commission is undertaking on such matters as intermediated securities and smart contracts can help unlock obstacles to business, which will be especially important in the trading environments of the future.

"I look forward to joining the Law Commission to tackle these challenges and to assist in shaping the legal reform that will allow these technologies to thrive in the UK."

They both join the Commission at a time of great constitutional, economic, social, scientific and technical change and will be instrumental in leading law reform in England & Wales.

"Our two new appointments bring with them to their posts tremendous skills across a wide range of subject matters and issues that will be of importance in the coming years. We are all looking forward to working with them."

The two appointments are the first made through a new process which sought to encourage applications from a broader and more diverse range of people than the Commission had traditionally recruited from.

The Commission conducted outreach work with a range of contacts in academia, representative lawyers' groups and other key stakeholders to draw attention to the roles and to encourage applications from those who might not otherwise have considered applying for the role.

The Commission also sought interest from lawyers with skills relevant to the challenges that society will face in the future.

At the start of her career she was an IT specialist and she brings to her role as Commissioner a depth of understanding of technology and software coding that will provide her with valuable insights to the technical issues that she will be leading on for the Commission.

In addition to her role, Sarah is also Articles Editor for the Oxford Journal of Legal Studies, a member of the editorial team of the Professional Negligence Law Reports and a member of the Bristol and Bath Legal Tech Advisory Board.

Sarah has written about a variety of issues including virtual currencies, blockchain issues surrounding intermediated securities, smart contracts, sale of goods law as applicable to digitised assets, and wage theft.