Human flight made reality, the sky’s no limit for Bristol Engineering students 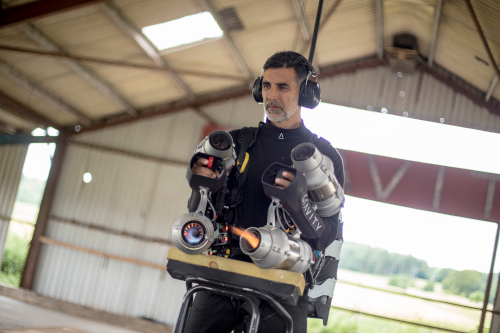 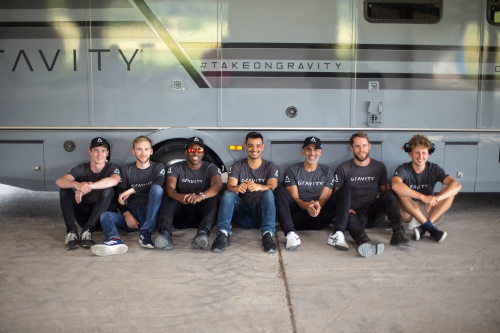 Developing jet-powered human flight suits may sound like science fiction, but Bristol’s Aerospace Engineering students are helping to make it reality, thanks to a collaboration between world-leading human flight suit manufacturer, Gravity Industries and the University of Bristol.

Nothing says ‘this is the future’ like a jet suit. For PhD student, Abhishek Gautam, the opportunity to work with Gravity Industries’ Chief Test Pilot and CEO Richard Browning on the development of the jet-powered human flight suit, represents a life-long ambition.

Abhishek is the University of Bristol Technical Projects Lead for Gravity and is based in Bristol’s  School of Aerospace Engineering. He supervises penultimate and final-year student research projects, covering various aspects of the flight suit development, from wing design to survivability during engine failure.

Abhishek said: “For as long as I can remember I have been fascinated by the notion of human flight. Since coming to Bristol, I have had the privilege of working with some truly inspiring engineers at both the University and Gravity Industries.

“Through my own PhD research and work with Gravity, it is my ambition to expand our understanding of aviation, to push the frontiers of aeronautical engineering and make the impossible possible.”

Akshay has starred in 110 films and this month will see the release of his latest film Mission Mangal about India’s 2014 Mars Orbiter mission, which premieres today on India’s Independence Day [15 August].

Last month, Abhishek organised for Akshay Kumar to visit Gravity Industries Headquarters in Salisbury. There he spent the day with Abhishek and fellow University of Bristol PhD student, Lewis Munshi, exploring the facility and trying on the futuristic jet suits.