Separate polarisation and brightness channels give crabs the edge over predators 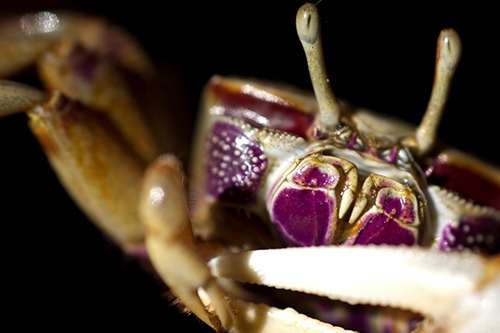 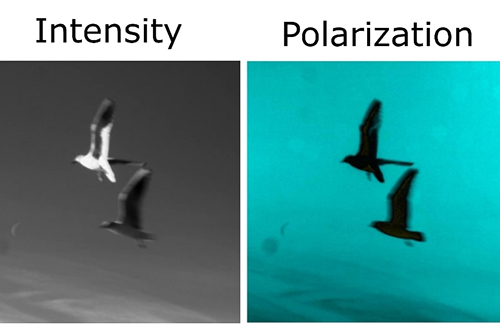 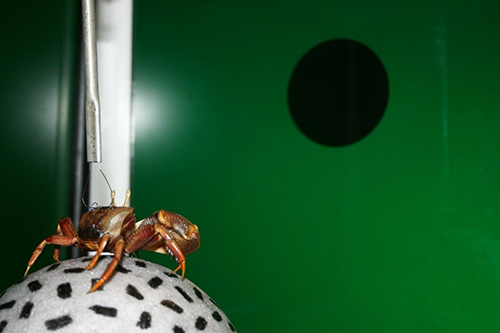 The researchers tested fiddler crabs using a crab treadmill that allowed the animals to walk naturally whilst being shown visual stimuli on a computer monitor. The crab would stop walking and freeze whenever it saw a stimulus Sam Smithers

Fiddler crabs see the polarisation of light and this gives them the edge when it comes to spotting potentials threats, such as a rival crab or a predator. Now researchers at the University of Bristol have begun to unravel how this information is processed within the crab's brain. The study, published in Science Advances today [Wednesday 21 August], has discovered that when detecting approaching objects, fiddler crabs separate polarisation and brightness information.

The key advantage of this method is that the separate visual channels provide a greater range of information for the crab. The research also suggests that when it comes to detecting predators', polarisation can provide a more reliable source of information than brightness.

The researchers from the Ecology of Vision Group in the School of Biological Sciences tested how crabs responded to visual stimuli presented on a special computer monitor developed by the lab. By changing the polarisation and brightness of the stimuli the researchers were able to test whether certain combinations of polarisation and brightness appeared to cancel each other out.

Sam Smithers, PhD student in the School of Biological Sciences and one of the authors, said: "If you look through Polaroid sunglasses at the sky, you will notice that the brightness changes when you tilt your head. This is because the light from the sky is polarised and your sunglasses allow you to see differences in polarisation as differences in brightness.

The next step for the research team is to find out what happens to the brightness and polarisation information deeper in the brain. This will help them to understand how and when polarisation and colour information provide a visual advantage to the viewer.