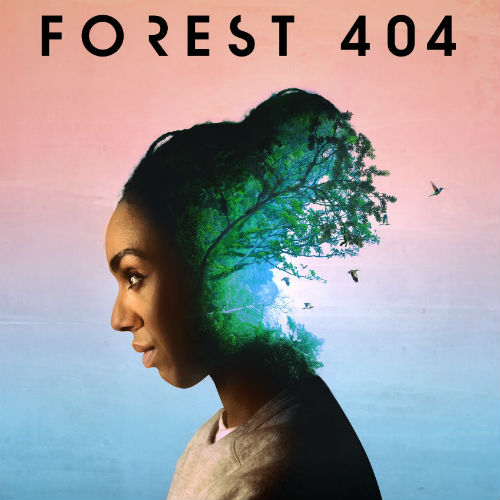 Academics from Bristol, Exeter and The Open University have joined forces with BBC Radio 4 on an ambitious national experiment looking at how listening to natural sounds could boost well-being.

The BBC is launching an innovative 27-part sci-fi podcast series, featuring University of Bristol alumna and Doctor Who star Pearl Mackie, today (Thursday 4 April) which imagines a futuristic world in which forests have been erased from history.

Forest 404 is described as a first for BBC podcasts. Its three-tiered structure creates a new listening experience which aims to draw the audience deeper into the world of the podcast.

At its heart is a classic sci-fi thriller set in the 24th century following a data crash called The Cataclysm. The action follows the character Pan (Mackie), a sound archivist who uncovers some sound recordings from the early 21st century that haunt her.

They are recordings of rainforests, places which no longer exist, and Pan feels compelled to hunt down the truth about how the forests of the old world died.

The series offers an additional dimension to an Arts and Humanities Council (AHRC)-funded project looking at the world of wildlife filmmaking over the last 25 years, particularly the world-famous BBC Natural History Unit in Bristol.

The podcasts are accompanied by an ambitious online survey devised and operated by researchers at the University of Exeter and The Open University which hopes to develop a unique insight into how the British public respond to nature-based sounds.

This survey promises to make a major contribution to what we already know about how contact with nature benefits our physical and mental wellbeing. It will contribute new knowledge by exploring how people respond to various sounds of nature; previous research has concentrated on the visual.

Peter Coates, Professor of American and Environmental History from the University of Bristol’s Department of History, is the wildlife filmmaking project’s academic lead.

He said: “We wanted to include and support a creative event that would go far beyond the more strictly academic and historical elements of the research project.

“Something poetic and performative that could take the study of nature at the BBC into new territory, and away from the focus on the visual.

“It seemed like a highly relevant creative enterprise to get involved in because our bigger project is about the value of the natural world and its representation in cultural form.

“These haunting podcasts focus on that value very closely by exploring an alien and alienating future world without nature – a world where the only memory of its former existence is preserved in this sound archive.

“This is a deeply historical approach. And it re-unites me with a piece of research I published over a decade ago on what I called the strange stillness of the past – how sounds, whether human-created or natural, are overlooked by most historians.”

Forest 404 ties in with another recent AHRC-funded project led by University of Bristol historian, Dr Victoria Bates, called A Sense of Place: Exploring Nature and Wellbeing through the Non-Visual Senses which immersed people in natural ‘sense-scapes’ using 360-degree sound and smell technologies – taking nature to people who can't experience it first-hand.

Professor Coates and his colleagues see the podcast and BBC project as part of an emerging area of academic research – the environmental humanities – whose starting point is the belief that a scientific perspective is not enough to do full justice to our complex and many layered relationships with nature.

He added: “I feel strongly that the humanities and arts also have a huge amount to offer especially in helping us to appreciate the value of what ecosystem services research calls cultural services.

“This refers to the so-called non-material benefits we derive from nature – things like its aesthetic value, how it inspires poetry, painting and music, its spiritual significance, and its role in forming cultural identity and giving us a sense of place.

“Forest 404 confronts us with the possibility of a world not just without forests but without trees – and how that impoverishes us culturally as well as the more obvious ecological horrors.”

Rhian Roberts, Digital Commissioner for Radio 4, said: “Podcasting gives us the chance to play with sound and form away from the classic radio schedule, it allows the whole shape and format of Forest 404 to be genuinely experimental.

“Podcasts also have that ability to pull us into a very close relationship with a story, we wanted the layered approach to draw listeners even more deeply into this twisted futuristic world.”

Alex Smalley, lead researcher on Forest 404, The Experiment from the University of Exeter, added: “A large body of evidence shows that spending time in natural environments can have positive effects on people’s wellbeing.

“But we know very little about the importance of sound in this relationship. Could simply listening to birdsong or waves lapping on the beach be enough to help people recover from a stressful situation? The effects won’t be the same for everyone, so we want as many people as possible to take part in this study, helping us uncover what works and why.”