Political fake news: they might be a liar but they're my liar 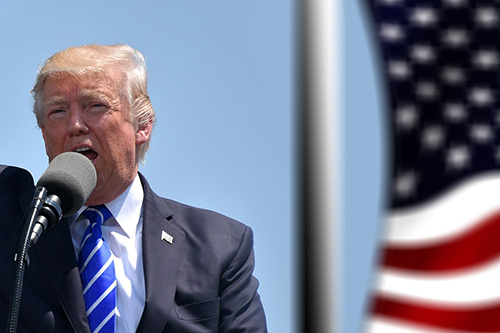 Following the 2016 presidential election, 88 per cent of Americans reported that fake news had caused confusion about basic facts regarding current events. The study of political misinformation, between the University of Bristol, Northeastern University, University of Western Australia and the Massachusetts Institute of Technology (MIT), is published in the journal Political Psychology.

In previous research, the team found that even if people acknowledge that misinformation is incorrect after a correction has been presented, their feelings towards the source of the misinformation can remain unchanged. The current study extended this research to explore whether disproportionately more false than true statements changed people’s feelings towards either Republican or Democratic politicians.

The researchers presented US participants false and true statements from either Donald Trump or Bernie Sanders. Participants then received fact-checks as to whether items were true or false, and rerated both their belief in the statements as well as their feelings towards the candidate.

Professor Stephan Lewandowsky, Chair in Cognitive Psychology in the School of Psychological Science at the University of Bristol, said: "People may perceive their preferred candidate's false statements as unintentional errors rather than a deliberate intent to deceive. It is possible that being perceived as inaccurate is less costly than being perceived to be inauthentic."

The team suggest future research should investigate how inaccurate claims impact professionals that are considered more trustworthy along with the possibility that the link between misinformation correction and source evaluation is culturally dependent.

The research was funded by the Australian Research Council and the Political Experiments Research Lab at MIT.

'They might be a liar but they're my liar: source evaluation and the prevalence of misinformation' by Briony Swire-Thompson, Ullrich K. H. Ecker, Stephan Lewandowsky and Adam J. Berinsky in Political Psychology