Victoria Rooms honoured as a centre of suffrage action 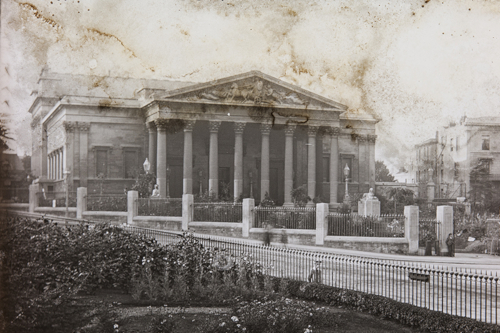 The Victoria Rooms in 1898 University of Bristol Library, Special Collections 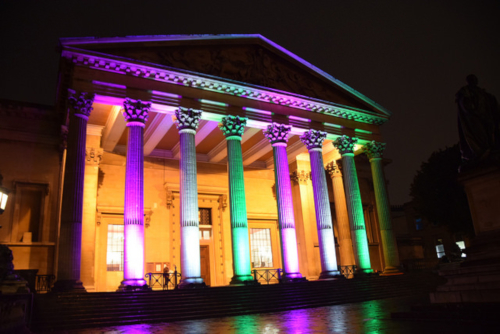 The Victoria Rooms, home to the University of Bristol’s Department of Music, is one of 41 locations in the country to be honoured for its part in the campaign for women’s suffrage.

Historic England has today [8 June] released the list of sites, which will be officially recognised for their part in the fight for women to get the vote 100 years ago.

These places are already listed buildings but until now there has been no record of their suffragette history - from mass meetings and smashed windows to prison hunger strikes and post box fires - on the National Heritage List for England.

The suffragettes were mostly members of the radical Women's Social and Political Union (WSPU), which was set up by Emmeline Pankhurst, and followed a different route to suffragists led by Millicent Fawcett, who lobbied peacefully for the right to vote.

Bristol’s thriving branch of the WSPU used the Victoria Rooms for its regular 'At Home' meetings from 1908.

The WSPU’s use of militancy was controversial and its meetings were often targeted by groups of young men intent on disruption.

In 1908, the Union employed professional boxers to keep medical students from interrupting Mrs Pankhurst's speech at the Victoria Rooms.

It's an important chapter in the rich history of the Victoria Rooms, a familiar Bristol landmark on Queens Road.

It first opened its doors to the public in May 1842, and for many years served as the most important and lively cultural centre in the West of England, hosting readings by Charles Dickens and Oscar Wilde among others.

Other sites included in Historic England's list include Westminster Abbey where 'prayers for prisoners' were used to disrupt services, the hall in Sheffield where Churchill was interrupted repeatedly during dinner by suffragette telegrams, and the Birmingham school that charmed two suffragettes into leaving a note on the blackboard saying they couldn't bear to set it on fire.

See the Victoria Rooms’ entry on the Historic England website.