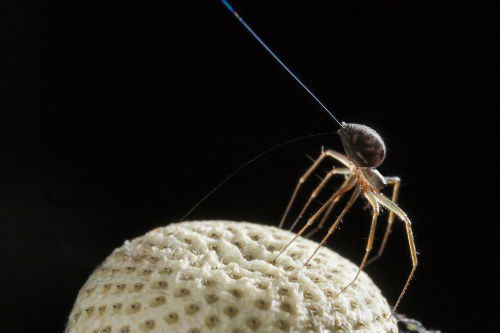 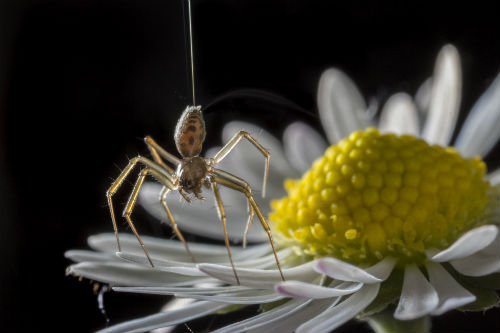 The aerodynamic capabilities of spiders have intrigued scientists for hundreds of years. Charles Darwin himself mused over how hundreds of the creatures managed to alight on the Beagle on a calm day out at sea and later take-off from the ship with great speeds on windless day.

Scientists have attributed the flying behaviour of these wingless arthropods to ‘ballooning’, where spiders can be carried thousands of miles by releasing trails of silk that propel them up and out on the wind.

However, the fact that ballooning has been observed when there is no wind to speak of, when skies are overcast and even in rainy conditions, begs the question – how do spiders take off with low levels of aerodynamic drag?

Biologists from the University of Bristol believe they have found the answer.

“Many spiders balloon using multiple strands of silk that splay out in a fan-like shape, which suggests that there must be a repelling electrostatic force involved,” explains lead researcher Dr Erica Morley, an expert in sensory biophysics.

“Current theories fail to predict patterns in spider ballooning using wind alone as the driver. Why is it that some days there are large numbers that take to the air, while other days no spiders will attempt to balloon at all? We wanted to find out whether there were other external forces as well as aerodynamic drag that could trigger ballooning and what sensory system they might use to detect this stimulus.”

The solution to the mystery could lie in the Atmospheric Potential Gradient (APG), a global electric circuit that is always present in the atmosphere.  APGs and the electric fields (e-fields) surrounding all matter can be detected by insects.  For example, bumblebees can detect e-fields arising between themselves and flowers, and honeybees can use their charge to communicate with the hive.

Spider silk has long been known as an effective electric insulator, but until now, it wasn’t known that spiders could detect and respond to e-fields in a similar way to bees.

In their study, the findings of which appear today in the journal Current Biology, Bristol’s researchers exposed Linyphiid spiders to lab-controlled e-fields that were quantitatively equivalent to those found in the atmosphere. They noticed that switching the e-field on and off caused the spider to move upwards (on) or downwards (off), proving that spiders can become airborne in the absence of wind when subjected to electric fields.

Dr Morley added: “Previously, drag forces from wind or thermals were thought responsible for this mode of dispersal, but we show that electric fields, at strengths found in the atmosphere, can trigger ballooning and provide lift in the absence of any air movement. This means that electric fields as well as drag could provide the forces needed for spider ballooning dispersal in nature.”

The findings have applications beyond the world of arthropods.  Aerial dispersal is a crucial biological process for many caterpillars and spider-mites as well. An improved understanding of the mechanisms behind dispersal are important for global ecology as they can lead to better descriptions of population dynamics, species distributions and ecological resilience.

There is, however, more work to be done. Dr Morley said: “The next step will involve looking to see whether other animals also detect and use electric fields in ballooning. We also hope to carry out further investigations into the physical properties of ballooning silk and carry out ballooning studies in the field.”