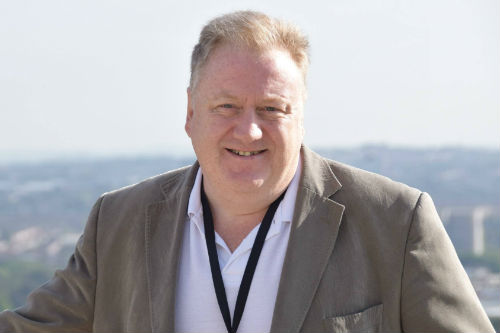 A Bristol scientist has been invited to present at a prestigious international event discussing global food security in Boston.

He will be speaking and joining a group of international experts at a special public meeting at the Harvard Museum of Science, Boston USA, to discuss Crop Diseases That Threaten Global Food Security.

Professor Foster said: “Coffee, oranges, bananas, and potatoes are among the most widely-consumed breakfast foods in many countries including the United States.

“What if these morning staples were to become scarce or unavailable? In this panel discussion, specialists in plant pathology and agriculture will discuss the emerging diseases that pose serious threats to these and other crops, and to the livelihoods of hundreds of thousands of people involved in their cultivation.

“The panellists will highlight approaches to understanding the evolution of plant pathogens, tracking how they spread around the globe, and developing strategies to combat plant diseases that are threatening global food production.”

Professor Foster will be presenting a talk and discussion on “Potato Killer: People Killer: A Personal Perspective” as his birth place in Lurgan in Northern Ireland was devastated by the disease that caused the potato famine in Ireland 1845-1849.  With the disease caused by Phytophthora infestans, still causing major problems worldwide today.

The CONNECTED network is funded by the UK government’s Global Challenges Research Fund, which supports research on global issues that affect developing countries. It is jointly led by Professor Neil Boonham from Newcastle University.

Plant diseases significantly limit the ability of countries in Sub-Saharan Africa to produce sufficient staple and cash crops such as cassava, sweet potato, maize and yam. The CONNECTED project focuses on their spread by vectors – insects that transmit a disease from one plant to another. Limited crop production causes poverty, malnutrition and food insecurity, which in turn hinder economic and social development. A range of new factors are set to compound the situation and raise the threat still further: the emergence of new virus diseases; climate change; a growing population, and resource limitations.

The research projects with the greatest regional impact will then be grown into larger scale activities to achieve still greater bearing on the battle to control plant disease in Sub-Saharan Africa. CONNECTED will also provide training and capacity-building opportunities in Sub-Saharan Africa.

The CONNECTED project is so named as it is the COmmunity Network for AfricaN vECTtor-borne plant viruses.