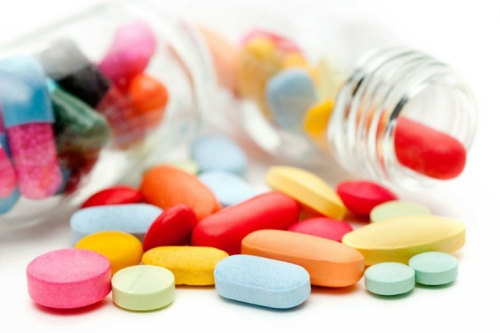 The awards, now in their third year, are run by Public Health England and attended by leaders in the field of human medicine, veterinary medicine and the agricultural industries from the UK and around the world. Hosted by the Chief Medical Officer, Dame Sally Davies, the awards this year included entries from as far away as Malaysia and New Zealand.

The University of Bristol’s AMR Force were the winners in the Agriculture and Food category in this, the first year of the category. Set up to recognise the ongoing work across the agricultural sectors, this category had nine shortlisted entries and, of these, two were announced as highly commended. AMR Force was awarded the top prize for their collaboration with researchers, practitioners and industry bodies across the food chain. One of their main aims is to share the results of their research widely, and the group actively participate in initiatives to inform policy and influence the national research agenda.

The AMR Force aims to promote and facilitate decreasing antibiotic use while improving animal health through a range of approaches addressing differing styles and attitudes. They have also raised public awareness on AMR in the wider society, including national media and showcasing at numerous national and international events. The group uses modern tools such as social media to further disseminate the results of their work (@AMRForce on Twitter).

Their research has global impact and at the awards dinner, held in London last week [Wednesday 27 June], the research group was described as a ‘powerhouse for research in this area’.

Dr Kristen Reyher, leader of the AMR Force research group at the University of Bristol’s Vet School, said: “We are so proud of this award which is recognition of a truly collaborative group that has worked tirelessly to become a force for change towards more responsible use of antimicrobials across the animal sectors. Our participatory efforts with farmers have helped showcase their desires to be responsible users of antimicrobials, and we have trained veterinary surgeons in improving animal health and welfare while moving away from the use of antibiotics of critical importance to human medicine.”

We are uniquely placed to combine our veterinary focus with close collaborations, including those with social science interests, animal welfare research and policy-making concerning animals, animal welfare and veterinary practice. We perform medicines audits and clinical governance on antibiotics in all Langford Vets clinics and advise for a number of other practices nationally. We are heavily involved in influencing medicines use UK-wide and in national control programmes on farms. We also work closely and have collaborations across Bristol through Bristol AMR and with a number of basic and social science researchers at the University of Bristol and the University of Exeter.