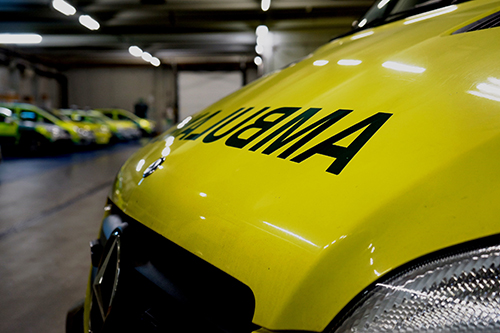 The two most widely used techniques used by paramedics to support a patient's breathing during cardiac arrest are similarly effective, a major new clinical trial has revealed.

A two-year study involving more than 9,000 patients and 1,500 paramedics found the use of a modern device to provide advanced rescue breathing during cardiac arrest achieved a similar survival rate to the existing more complex technique. Researchers focused on outcomes for adult patients 30 days after they received artificial ventilation during a resuscitation attempt for cardiac arrest outside hospital

Researchers conducted the study to find out whether survival without disability could be improved among the 30,000 patients who go into cardiac arrest and receive resuscitation from ambulance paramedics in the UK every year. In 2014, only eight per cent of these patients survived, although prospects are markedly higher among those receiving medical attention quickly.

The older technique of tracheal intubation (the placement of a flexible plastic tube in the windpipe) was compared with the use of a newer supraglottic airway (SGA) device, which sits on top of the larynx (voice box). SGAs are simpler and quicker to use than tracheal intubation, require less training and can be inserted by a single paramedic rather than requiring two practitioners.

Paramedics from four ambulance services, responsible for responding to emergencies for a population of 21 million people, took part in the AIRWAYS-2 study between 2015 and 2017. Funded by the National Institute for Health Research (NIHR), the research was led by the University of the West of England (UWE Bristol) and supported by the University of Bristol and South Western Ambulance Service. The patients enrolled in the study were followed up in 95 different hospitals across England.

Of the 4,407 patients allocated to receive tracheal intubation, 300 (6.8 per cent) had a good outcome (defined as survival without severe disability) after 30 days, compared with 311 (6.4 per cent) of the 4,882 patients in the SGA group. However, the SGA generally proved more successful in ventilating the patient's lungs. Concerns that the newer SGA device might lead to problems with vomit getting into the patient's airway were not confirmed in this study.

Researchers say optimal airway management is an area of uncertainty because little high-quality research has been undertaken on which to base treatment recommendations. However, the AIRWAYS-2 study confirmed that the most crucial factor in determining survival without disability remains the time between the onset of cardiac arrest and effective intervention. Patients with a short duration of cardiac arrest who receive bystander chest compressions and/or defibrillation (an electric shock to restart the heart) are much more likely to survive, and are also less likely to require either of the two airway management techniques compared in this study.

Lead researcher, Jonathan Benger, Professor of Emergency Care at UWE Bristol, said: “Newer SGA devices have been introduced into ambulance services, and are used increasingly during cardiac arrest. Until now we didn't know how they compared to the previous technique, which has been in use for decades. This study shows that SGAs have similar results to tracheal intubation overall, but they are easier to insert and more likely to be used successfully by paramedics responding to a patient in cardiac arrest.”

Professor Barney Reeves, from the managing Clinical Trials and Evaluation Unit (CTEU) at the University of Bristol, added:“A study of this size is always challenging to do – and was made more so in this case by the emergency setting and the complex way in which treatment for patients is shared between healthcare teams. It has been very rewarding to collaborate – and implement innovative and efficient methods – to achieve such a successful conclusion to the study.”

“Effect of a Strategy of a Supraglottic Airway Device vs Tracheal Intubation During Out-of-Hospital Cardiac Arrest on Functional Outcome. The AIRWAYS-2 Randomized Clinical Trial” by J Benger at al in The Journal of the American Medical Association (JAMA).