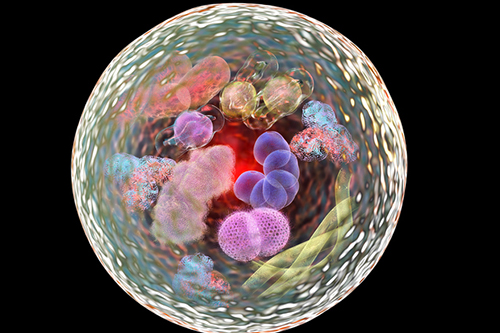 A major advance towards targeting cancer without harming healthy tissue has been discovered by University of Bristol researchers. The team has found a way to exploit hypoxia (reduced oxygen levels) — a condition which occurs during the development of many common cancers and drives their progression and spread. The findings, which have implications for targeted oncology, are published today [24 August 2018] in the journal EMBO Molecular Medicine.

Hypoxia arises because tumours often grow faster than their blood supply, causing oxygen deprivation, which forces cancer cells to adapt — this makes their behaviour more aggressive and in turn leads to their spread around the body. The team sought to understand how cancer cells adapt to hypoxic conditions, with the hope of finding new ways to stop cancers growing and spreading. Using human cancer cells grown in dishes and a technique called proteomics, the team examined all the proteins that are ‘switched on’ by cancer cells in hypoxia. These experiments enabled the team to identify a new signalling mechanism that in the future could be therapeutically targeted to kill cancer cells without harming the surrounding normal cells.

Dr Greenhough said: “Hypoxia is considered an excellent target for cancer therapy because it generally features in cancers rather than healthy tissues. However, finding ways to effectively exploit this difference in the clinic is a major challenge. This work advances our knowledge of hypoxic cancer cell behaviour and take us a step closer towards developing novel therapies that could achieve this goal.”

Hypoxia is an area of great interest and well-known to cancer researchers but identifying the proteins most important for cancer cell survival in hypoxia that are also ‘druggable’ has, until now, remained an unmet challenge.

Dr Greenhough added: “This type of receptor is a GPCR, which are considered to be among the best drug targets for many diseases. We would like to know whether this receptor serves as a biomarker for more aggressive cancers that are resistant to therapy, and whether it has roles in other diseases where hypoxia or inflammation is implicated, which could lead to advances in regenerative medicine as well as oncology.”