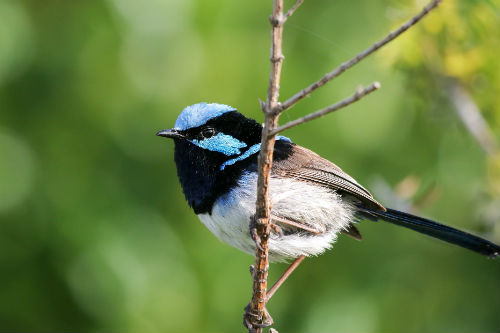 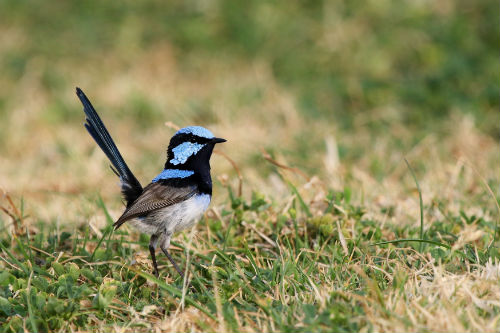 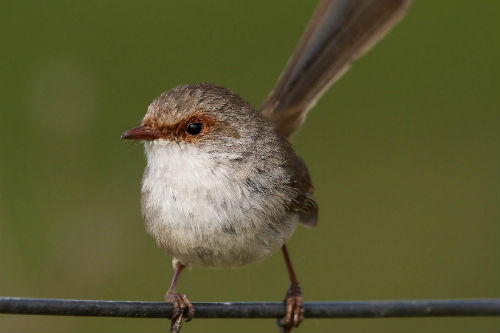 Birds often eavesdrop on the alarm calls of other species, making it possible for them to take advantage of many eyes looking out for danger. Now, researchers have found that fairy-wrens can learn those unfamiliar calls—which they liken to a foreign language—even without ever seeing the bird that made the call or the predator that provoked it.

The wild birds in this study, published today in the journal Current Biology, learnt to recognise new alarm calls by listening for unfamiliar sounds within a chorus of familiar alarm calls. Co-author, Professor Andy Radford, from the University of Bristol’s School of Biological Sciences, said: “Alarm calls are acoustic signals that warn of predators, but the fairy-wrens learnt the meaning of the new calls simply by association with known alarm calls without needing to see a predator.”

Professor Robert Magrath of the Australian National University in Canberra, added “This means it is a type of ‘social learning’, where individuals learn from others rather than through direct experience. In this case, it’s even more indirect, because they only need to hear and not see the birds giving the familiar alarm calls. So theoretically they could learn with their eyes closed!”

Previous work by Professor Magrath’s group had shown that fairy-wrens could learn by direct experience: learning to associate a novel alarm call with danger if they repeatedly saw a model predator at the time they heard the call. Professor Radford said: “However, it makes sense to learn from others when it is dangerous to learn through direct experience. The current experiment shows that they can, and through the novel process of acoustic–acoustic association.”

The research team—also including Dominique Potvin and Chaminda Ratnayake from the Australian National University—trained birds in the absence of any predator by broadcasting unfamiliar sounds in combination with the alarm calls of other fairy-wrens and other bird species. At first, the birds didn’t flee from the unfamiliar sounds. But after training, they often did flee to cover upon hearing the sounds.

It wasn’t that the fairy-wrens had become more wary in general. Rather, they had learned to associate new calls with known alarm calls, without ever seeing the caller or the reason for their call. Moreover, the experiment showed that the fairy-wrens continued responding equally strongly in repeated tests over the course of a week.

Dr Potvin said: “The results were striking. They show just how quickly social learning can occur in the wild through listening to alarm choruses, a tactic that’s likely to come in handy given how hard it is to see predators and callers in many environments.” More broadly, social learning by whatever means can help to explain the widespread eavesdropping seen in nature.

The researchers suggest that the findings may be relevant to conservation efforts. Often, endangered species breed well in captivity only to be taken by predators soon after release. As such, there are now efforts to prepare birds for life in the wild by training them to recognise their predators prior to release. Professor Magrath added: “We think it would also be helpful to train birds to recognise the alarm calls of other species. This new study shows just how to go about it.”