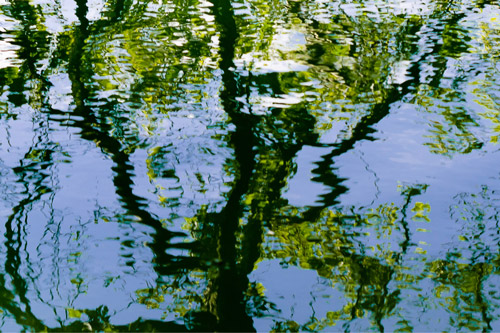 The early history of cellular life is murky and difficult to resolve. A new method reconstructs ancient patterns of gene transfer to bring some clarity to the earliest branches of the tree of life.

An international team of scientists, which includes the University of Bristol, have made a significant breakthrough in how we understand the first three-quarters of life on earth by creating new techniques for investigating the timing and co-evolution of microbial groups.

To learn about the past, paleontologists turn to the fossil record. The occurrence, abundance and diversity of fossils provides a window into the evolutionary history of animal and plant groups, anchoring them in absolute geological time.

But the fossil record is almost no good at all for microbial, single-celled life. Microbes rarely fossilise and, with a few notable exceptions, the available fossils are too indistinct to reveal which groups were already in existence at a particular time.

This is a major problem for students of evolutionary history, because almost all of life’s genetic, biochemical and metabolic diversity is microbial - both today and in the distant past.

While most microbes are invisible to the naked eye, their collective action in recycling nutrients, producing the oxygen we need to breathe, and maintaining the stability of global ecosystems is impossible to ignore.

Microbial dominance was, if anything, even higher in the past. The most familiar groups of large, multicellular life forms that exist today, animals, plants and fungi, are relative newcomers in evolutionary terms, evolving within the last half-billion years or so.

The work, published today in the journal, Nature Ecology and Evolution, is the result of an international collaboration including researchers at the CNRS in Lyon, France, Eötvös Loránd University in Budapest, Hungary and the School of Biological Sciences at Bristol.

In it, the researchers develop a new method for working out the relative ages of microbial groups - which lineages evolved first, and which came later?

Instead of using fossil dates, the method works by looking at events of horizontal gene transfer among ancient microbes, which can be detected by studying the genomes of their modern descendants.

Horizontal gene transfer is a process that many microbes use to obtain new genes from other cells living in the same habitat and it underlies the rapid spread of antibiotic resistance, but is also a more general way in which microbes can adapt to new ecological niches.

Dr Tom Williams, one of the study’s co-authors, from Bristol, said: “The key to the method is that gene transfer from one lineage to another implies that those two branches of the tree must have existed at roughly the same time: in particular, the recipient of the horizontally transferred gene must be the same age as, or younger than, the donor lineage.

“By systematically scanning modern genomes for ancient gene transfers, we obtained a set of relative age constraints that, in combination, provide a wealth of information about the relative ages of different microbial groups.”

The results provide the first time ordering for several microbial groups for which no reliable fossil evidence exists, including the Archaea - one of the two primary lineages of cellular life.

‘Gene transfers can date the tree of life’ by A. Davin, E. Tannier, T. Williams, B. Boussau, V. Daubin and G. Szollosi in Nature Ecology and Evolution.