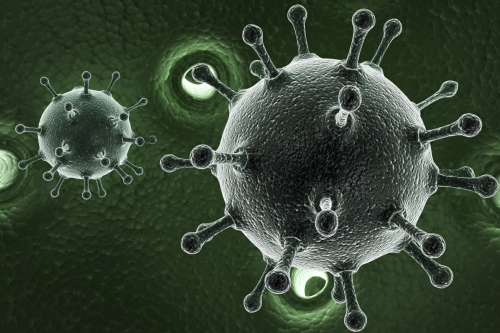 The first global review to quantify the impact of needle syringe programmes (NSP) and opioid substitution treatment (OST) in reducing the risk of becoming infected with the hepatitis C virus is published in Cochrane Library Drug and Alcohol Review Group and the journal Addiction. The study, has implications for millions of people who are 'at risk' from infection.

Over 70 million people live with hepatitis C and there are three to four million people newly infected each year. The main risk for becoming infected in developing countries is associated with illicit drug use and sharing used needles/syringes.  In many countries, at least half the people who have injected drugs such as heroin, cocaine or methamphetamine have hepatitis C.

While it is known that the provision of sterile injecting equipment through NSPs or providing OST such as methadone or buprenorphine reduces injecting risk behaviour, and there is evidence also that OST and NSP reduces HIV transmission.  Until now, there has been insufficient evidence that OST and NSP can also protect against HCV infection.

Researchers from the University of Bristol, the London School of Hygiene & Tropical Medicine, and other institutions around the world examined whether NSP and OST, provided alone or together, are effective in reducing the chances of becoming infected with hepatitis C in people who inject drugs.

The team identified 28 research studies across Europe, Australia, North America and China. On average across the studies, the rate of new hepatitis C infections per year was 19.0 for every 100 people. Data from 11,070 people who inject drugs who were not infected with hepatitis C at the start of the study were combined in the analysis. Of the sample, 32 per cent were female, 50 per cent injected opioids, 51 per cent injected daily, and 40 per cent had been homeless.

There was consistent and strong evidence that current use of OST (defined as use at the time of survey or within the previous six months) reduces risk of hepatitis C infection by 50 per cent and when combined with high coverage NSP reduces risk by 74 per cent.  However, there was more uncertainty on the effectiveness of NSP alone.  Studies in Europe which tended to measure high coverage in terms of the people who receive 100 per cent sterile syringes per injection showed more than 50 per cent reduction in HCV, but studies in North America which often measured coverage in terms of frequency of NSP attendance showed little effect.  There were no randomised controlled trials (RCT) of either OST or NSP on HCV.

Dr Lucy Platt, lead author and Associate Professor in Public Health Epidemiology from the London School of Hygiene & Tropical Medicine, said: "This is the first global systematic review of quantitative studies on the effectiveness of OST and NSP on reducing Hepatitis C. Our findings provide strong evidence that OST especially in combination with high coverage of NSP can reduce HCV transmission. Up to half of people who inject drugs have hepatitis C: there is an urgent need to scale up these interventions to prevent on-going transmission, unnecessary deaths and illness."

Matthew Hickman, author and Professor in Public Health and Epidemiology and Head of Population Health Sciences at the University of Bristol, added:"Globally access to OST and NSP is poor and in some countries (such as Russian Federation) OST is unavailable.  Our evidence underpins European and global recommendations that OST and NSP should be expanded to prevent transmission of Hepatitis C.

"Policies that make the cessation of injecting a requirement to qualify for OST and prevent the distribution of needles/syringe while using OST need to be removed to maximise reduction in HCV transmission. Scaling up OST and NSP is an essential part of comprehensive strategies to prevent HCV transmission and disease.

"It is important also that the evidence base is strengthened. RCT are no longer ethical – so better observational studies are needed with consistent measures of NSP and OST as part of the scaling up of these interventions or PWID."

The study was funded by the National Institute for Health Research's (NIHR) Public Health Research Programme, the Health Protection Research Unit in Evaluation of Interventions, and the European Commission Drug Prevention and Information Programme (DIPP), Treatment as Prevention in Europe: Model Projections.

The National Institute for Health Research (NIHR): improving the health and wealth of the nation through research. Established by the Department of Health, the NIHR: