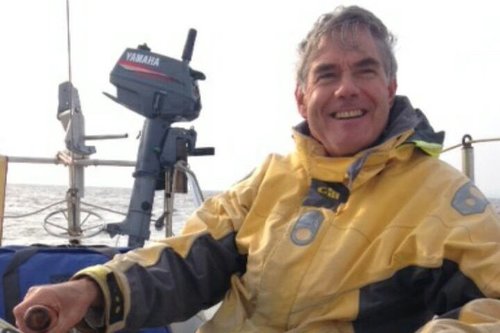 Dr David Nash, Senior Lecturer in the Department of Civil Engineering before he retired in 2015, died in June. His colleague Professor Sally Heslop offers this remembrance.

David was one of the people who provided great stability to the Department of Civil Engineering over many years. He was a very good teacher and geotechnical engineer, and he always had time for people. Students and staff alike valued his calm and non-judgemental support and advice, and at his packed Quaker funeral on 5 July many of us paid tribute to these qualities.

After graduating from Cambridge in 1969, David worked for a year at the Norwegian Geotechnical Institute in Oslo, where he took delight in being able to commute to work on skis during the winter. He then went to Imperial College London to do an MSc in Geotechnical Engineering, which fixed in his mind the crucial importance of observing that influenced all his work thereafter. After completing his MSc, David worked for Binnie and Partners for a year before moving to Arup in 1972. He worked for Arup as a senior engineer in London and Hong Kong and continued to act as a consultant to them after he joined the University of Bristol as a lecturer in 1978.

David loved teaching, and in particular he enjoyed practical teaching in the lab and in the field and supervising industry-linked projects, both undergraduate and postgraduate. Many of us remember him in his element on the various field courses – surveying, engineering geology, water resources and slope stability – and have very fond and vivid memories of the weeks in Selworthy and Lyme Regis, the trips to the Isle of Wight and the days in mid-Wales.  His research was also informed by his practical knowledge of engineering, and he received his PhD in 2008 based on his published work. David took on many roles in the department during his 37 years at Bristol, but will be remembered above all for his care for students. He was the Senior Tutor for a number of years and remained in touch with many graduates.

David’s other major interest was music. He was a very competent viola player, which led initially to membership of the National Youth Orchestra and then to musical friendships throughout his life and around the world. In recent years he was the principal viola in the Brandon Hill Chamber Orchestra, and I will always remember him playing in a very moving performance of Bach’s Mass in B Minor at St George’s Bristol in June 2016. David was the inspiration and the driving force behind this concert: he had long wanted to perform one of his favourite works under the direction of his friend Andrew Wilson-Dickson and it was his final concert performance.

It was a great shock to everybody when David was diagnosed with cancer in 2014. Though he retired from the University in 2015 because of increasing ill health, he continued to work from home on research problems and remained keenly interested in the details of laboratory research and the intricacies of engineering failure until very shortly before he died. He was also able to continue to play music with family and friends almost to the end.

I last saw David three weeks before he died. We talked, as we had so often, about engineering, about the department, about the work of one of his former students who had just sent him some photos of a water project in Africa, about music, and about his family. He was a good colleague, a good friend and a good man, and like so many others I am deeply saddened by his untimely passing.

David is survived by his wife Pip, two daughters and two stepdaughters.