From Beagle to Cassini and beyond: learn about Europe’s role in space exploration 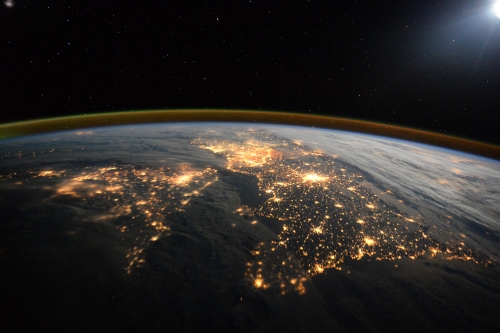 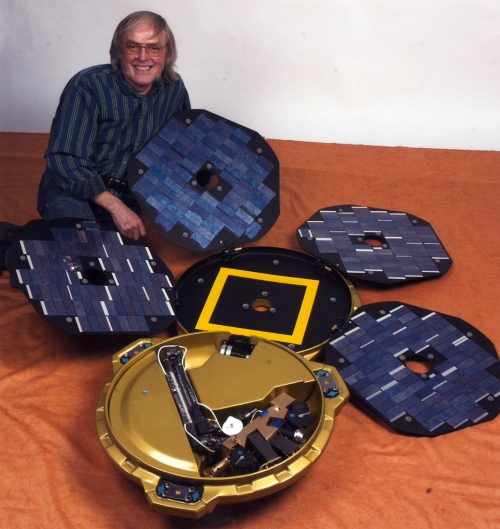 In the week that sees the ending of the Cassini international space mission, the University of Bristol has announced a special talk in memory of Colin Pillinger – the Bristol-born scientist best known for leading the Beagle 2 mission which landed on Mars.

The Cassini spacecraft, which has been circling Saturn for 13 years, is set for a spectacular grand finale to its mission on Friday, when it will be sent into the planet's atmosphere, burning up and disintegrating like a meteor in the process.

The importance of international collaboration with Cassini, and similar missions, will be explored in the third annual Colin Pillinger memorial talk entitled 'Once explorers, always explorers - Europe's role in space exploration' on 10 November in the Wills Memorial Building.

This year's speaker is Dr David Parker, Director of Human and Robotic Exploration at the European Space Agency, who will give a personal and engaging insight into Europe's role in the past, present and future of space exploration.

Dr Parker, who was previously Chief Executive of the UK Space Agency, has worked on a number of pioneering missions such as the Rosetta comet chaser and advised a succession of ministers on space policy choices, including the UK's decision to join the European Space Agency's Programme for Human Spaceflight and Microgravity in 2012, which in turn facilitated Tim Peake's hugely successful 'Principia' mission to the International Space Station.

The lecture series was established by the Pillinger family in 2015 in memory of Colin, his career and his connection with the city of Bristol.

Professor Colin Pillinger CBE FRS, who was born and educated in Kingswood, started his scientific career as part of the University of Bristol team analysing the Apollo lunar samples.

Over the next four decades, his famed career found tantalising evidence of life on Mars while his bushy sideburns and westcountry accent became known worldwide.

Colin's widow, Judith, said: "This year's talk will demonstrate how the legacy of the research that Colin was involved in lives on in an ever-expanding range of space exploration applications. It also shows that being involved in space science and technology can offer exciting career opportunities for many young people.

Members of the public are being urged to submit questions on the booking form for Dr David Parker when they book their ticket. The best ones will be selected in advance and those asking will be invited to pose their question in person, as well as winning an exclusive goody bag provided by the European Space Agency.

He has close links with Bristol having been born in Kingswood in 1943 and educated locally (his secondary school was Kingswood Grammer, now Kings Oak Academy) until embarking on a Chemistry degree at University College Swansea, where he went on to achieve a PhD in Mass Spectrometry. He subsequently returned to the city as a Research Associate at the University of Bristol from 1968 to 1976, working as part of a team analysing the Apollo lunar samples. He was awarded an honorary Doctor of Science degree from Bristol in 1984. His memory lives on in Bristol: today he features on the Bristol £5 note and his school days are remembered at Kingswood Heritage Museum, and even in Kingswood Park.

Beagle 2 was last seen leaving the Mars Express orbiter that carried it to Mars. It was due to land on the planet a few days later on Christmas Day 2003 but no communications were ever established. After so many years of not knowing what happened to Beagle 2, high resolution cameras on NASA's Mars Reconnaissance Orbiter (MRO) imaged the lander on the surface of the planet pretty much where it was expected to touch down. Work is continuing to study images which suggest that the solar panels did not completely deploy thus shielding the communications antenna, but the engineering success of landing on Mars cannot be underestimated.

David Parker’s nearly 30-year personal space odyssey has involved leading roles in both industry and government. He worked on pioneering missions such as the Rosetta comet chaser and advised a succession of ministers on space policy choices, including the UK’s decision to join the International Space Station in 2012, which in turn enabled Tim Peake's hugely successful 'Principia' mission.

Until 2016, David was Chief Executive of the UK Space Agency, but he now masterminds the European Space Agency’s role in the exploration of space as its Director of Human and Robotic Exploration.