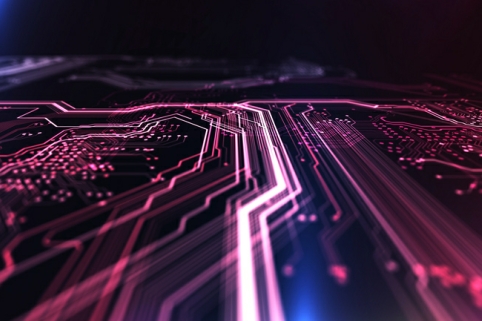 Two University of Bristol spin-out companies, Zeetta Networks and KETS Quantum Security, have been announced as winners of a major venture capital initiative led by BT, the Telecom Infra Project (TIP) and Facebook, which will provide them with access to investors with funds totalling £125 million.

After pitching their ideas to a panel of experts from BT, Deutsche Telekom, Facebook, Orange and TIP at the BT Tower, the teams from Zeetta Networks, who provide solutions in software defined networking (SDN) for smart city/campus and telecom operators and KETS Quantum Security, who have developed the world’s first quantum secured encryption technology – in an integrated platform – to boost security in sectors ranging from finance to government and defence, are the first small and medium sized businesses (SMEs) to be admitted into the UK Telecom Infra Project Ecosystem Acceleration Centre (TEAC).

The companies will now gain access to a pool of investors with £125 million in venture capital funding as well as support and expertise to help develop new innovative technologies aimed at boosting global connectivity, improving network user experience and lowering the overall cost of network infrastructure.

The TEAC initiative, based at BT Lab facilities in London’s Tech City and Adastral Park, Suffolk, is part of TIP which was founded last year by EE, Deutsche Telekom, Facebook, Nokia, Intel and SK Telecom. TIP is a global movement comprising more than 450 operators, infrastructure providers, system integrators, and other technology companies who want to challenge and transform the traditional approach to building and deploying telecoms network infrastructure.

In addition to providing visibility and access to funding, the TEAC will be a space for participants to learn how to adapt their solutions to the real operational requirements for rapidly developing areas of network infrastructure such as quantum networking, mission-critical communications, artificial intelligence and programmable networks.

Professor Hugh Brady, Vice-Chancellor and President at the University of Bristol, said: “This is a fantastic achievement by two University spin-out companies.  Gaining access to the TEAC programme represents a major step forward for Zeetta Networks and KETS Quantum Security by bringing their innovative technologies to market more rapidly.  Being part of this global investor network will ensure they are at the forefront of UK digital infrastructure.”

Dr Reza Nejabati, Reader in Optical Networks in the High Performance Networks (HPN) Group at the University of Bristol and one of the founders of Zeetta Networks, commented: “The software technology originally developed by the HPN Group and commercialised by Zeetta Networks as NetOS® can potentially revolutionise network infrastructure the same way that Google Android and Apple iOS did for mobile phones. These technologies will hide the complexity of optical and wireless networks and open them up for traditional programmers and application developers to create new type of internet services.”

Professor Dimitra Simeonidou, Head of High Performance Networks and Director of the Smart Internet Lab at the University of Bristol, and one of the founders of Zeetta Networks, added: “This is a major achievement for a spin-out company from the University and a great opportunity to  work with major Telecom Operators and Facebook to deliver key capabilities for the Next Generation Internet”.

Dr Chris Erven, CEO of KETS and Deputy Director of the Quantum Technology Enterprise Centre (QTEC) at the University of Bristol, said: “This is a fantastic opportunity for KETS and for the future of quantum encryption technologies developed in Bristol with the support of the Quantum Communications Hub, a key part of the UK’s National Quantum Technology Programme. We are extremely excited about our involvement in the TEAC initiative and the rapid development of our technology into solutions that will underpin the integrity of the UK’s future telecommunications infrastructure.”

Dr Philip Sibson, CTO of KETS, one of the lead developers of the technology, and a QTEC Fellow added: “Through the TEAC programme, we hope to soon ensure the safety of our information in situations ranging from bank transactions to critical infrastructure, and eventually to individuals like you and I shopping securely online from the comfort of our own home.”

Zeetta Networks and KETS Quantum Security have both been supported by SETsquared, the University’s business incubator, to help develop the technology further, explore potential uses and how it can be licensed to industry.

The company’s main product, NetOS®, is an extended, vendor-agnostic SDN Controller, with a built-in network virtualization engine, which supports optical, packet, wireless and IoT networks. It provides network operators with a centralised view of their extended physical network and enables construction of virtual network ‘slices’ (i.e. separate logically-isolated sub-networks) which could be presented to Service Providers for the deployment of B2B or B2C services such as Ultra-HD video distribution, city-wide Wi-Fi, Internet of Things (IoT) and M2M deployments.

KETS was founded in 2016 by University of Bristol academics Drs Chris Erven, Jake Kennard and Phil Sibson, winning the University’s New Enterprise competition in the same year. KETS’ mission is to secure our communications using future-proof, scalable, and easily-deployed quantum secured encryption solutions. The company’s integrated technology uses existing semiconductor fabrication processes to manufacture cutting-edge optical microchips that are fast, efficient to manufacture, and can be integrated with existing electronics.  It is the only quantum solution which meets the challenging size, weight, and power (SWaP) requirements demanded by customers, enabling large scale adoption of quantum encryption in a multitude of different applications that just weren’t accessible before – including defence, telecoms, and critical infrastructure; with end-users from finance, government, and data centres.

Independent research carried out by Warwick Economics estimates the economic impact of SETsquared member companies to be £3.8 billion over this period, with the creation of 9,000 jobs and that these companies will go on to deliver a further £8.6 billion of impact to the UK economy in the decade ahead.

About the Smart Internet Lab

The Smart Internet Labis a hub for internet research which addresses grand societal and industrial challenges. With more than 200 experts and advanced laboratory infrastructure, we perform cutting edge research on optical and wireless communications.  We offer a unique holistic approach to hardware and software co-design solving critical problems in the global internet evolution. Our innovative research on end-to-end, wired-wireless network design and optimization is pushing the boundaries of digital living and communications. Our exceptional track record for performing 5G research with specific focus on fibre and 5G convergence is evidenced by significant funding from the UK Government, EU and industry (e.g. EPSRC TOUCAN, INITIATE, NDFIS, EU: 5G-Xhaul, 5GPICTURE, mmMAGIC, FUTEBOL, FLAME and 5GinFIRE).