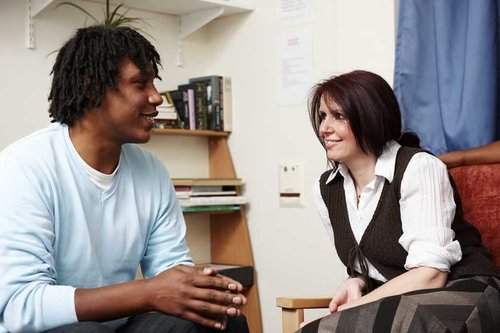 A paper led by researchers from the University of Bristol’s Centre for Academic Mental Health has been awarded Research Paper of the Year Award 2016 from the Royal College of General Practitioners (RCGP).

The RCGP Research Paper of the Year Award recognises an individual or group of researchers who have undertaken and published an exceptional piece of research relating to general practice or primary care. The paper “Long-term effectiveness and cost-effectiveness of cognitive behavioural therapy as an adjunct to pharmacotherapy for treatment-resistant depression in primary care: follow-up of the CoBalT randomised controlled trial”was published in the journal Lancet Psychiatry. This research was funded by the National Institute for Health Research Health Technology Assessment (NIHR HTA) programme.

Academics from the University of Bristol, along with colleagues from the Universities of Exeter, Oxford, Glasgow, and University College London, examined whether cognitive behavioural therapy (CBT), given in addition to usual care that included antidepressants, was effective and cost-effective in reducing depressive symptoms and improving quality of life over the long-term (3-5 years) in primary care patients with treatment resistant depression, compared with usual care alone.

Dr Nicola Wiles, first author of the paper, said: “We found that CBT was effective in reducing depressive symptoms over the long-term in patients with depression that had not responded to treatment with antidepressants. Importantly, this treatment also represented good value for money from the perspective of the health service.”

The study found that, over the follow-up period, the intervention group were less depressed than the group who continued with usual care from their GP. Those who received CBT were also more likely to experience remission of symptoms and a reduction in symptoms of anxiety compared with those in the usual care group.

Dr Wiles also said: “Our results also highlight the importance of investment in psychological services. The focus of initiatives to increase access to such treatments, in both England and Australia, has been in increasing the provision of ‘low intensity’ treatments, such as computerised CBT packages and guided self-help. Our study suggests that, by investing in ‘high intensity’ CBT as delivered in this trial, it may be possible to reduce the significant burden to patients and health care systems that is associated with non-response to the most common treatment for depression”.