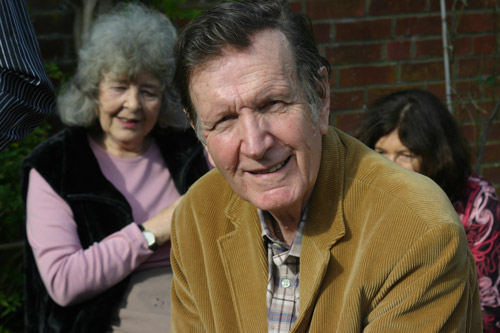 Professor John Burrow, Professor Emeritus and former Dean of the Faculty of Arts, passed away earlier this week. Former colleagues pay tribute to his life and career.

It is with great sadness that we report the death of John Anthony Burrow. John was one of the finest critics of medieval English literature.

His published work, including classics such as A Reading of Sir Gawain and the Green Knight (1965), Ricardian Poetry (1971), Medieval Writers and their Work (1982), The Ages of Man (1986), Langland’s Fictions (1993), Gestures and Looks in Medieval Narrative (2002), The Poetry of Praise (2008), made medieval literary culture accessible and appealing to anyone with intellectual interests and aesthetic sensibility.

He was also a gifted editor of Middle English, editing, for instance, Sir Gawain and the Green Knight for Penguin (1982), Hoccleve’s Complaint and Dialogue for the Early English Text Society (1999), of which he was Honorary Director from 1983 to 2006, and most recently, with his collaborator Thorlac Turville-Petre, Piers Plowman: The B-Version Archetype (2014).

John was a student at the University of Oxford, where he was taught by the likes of J.R.R. Tolkien and C. S Lewis.

He joined the University of Bristol in 1976 as the Winterstoke Professor of English Literature, and was elected as Fellow of the British Academy ten years later.

For many years he was Head of the English Department, and from 1990-1993 he was Dean of the Faculty of Arts; despite this administrative burden he managed to continue to do the things he loved: teaching, supervising research students, writing and researching, listening to music and following cricket.

The house in Clifton where he and his wife, Diana Wynne Jones (the famous children’s writer) lived was always open to visitors: they made everyone feel welcome and at home by being beautifully themselves.

After his wife’s death in 2011, the polio that he had contracted as a child increasingly hampered his mobility, but even as his outside world shrunk he continued to research and to write.

He had his reading with him in hospital when he was taken ill with pneumonia, and he passed away the next day.

He is survived by his three sons and five grandchildren, and lives on his contributions to knowledge and in our memories of his wit, his kindness and his integrity.