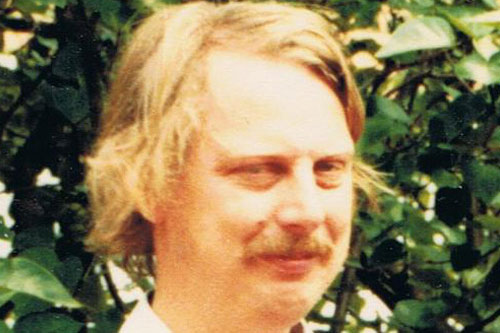 Bob Walker, the former head of the Systems Research and Computing Team in IT Services, died on 30 May at the age of 66. Former colleagues pay tribute to his career.

Bob Walker made a significant contribution to the development and spread of IT at the University over four decades. He worked his way up through the ranks, starting as an operator in 1971 and progressing to shift leader, and hence had an excellent knowledge of how to run a computer room. When Engineering needed someone to look after their new mini-computer in Queen’s Building in 1977, Bob was a logical choice.

Initially there was one local system, a Prime 400, followed soon after by a GEC 4070 that was part of the Science Research Council’s Interactive Computing Facility. The ICF was the first network provided to the UK academic community and the forerunner of JANET. Although such mini-computers are dimly remembered history, it was then an innovation to provide staff and students with interactive computing facilities with keyboards and screens, accessing high-performance systems over a network, while the central mainframe was still accessed by punch cards or, at best, teletypes.

Bob became leader of the Distributed Computing team (Steve Fisher, Alistair Munro, John Richards, and Sheila Roberts). Bob’s team was providing direct help and support to staff and students within the faculty whereas support for the mainframe was much more strictly managed. He oversaw the first UNIX installation at the University and this became the primary operating system offered to the Engineering Faculty and beyond through several generations of progressively more powerful computers. Bob managed a diversity of suppliers and made sure that the best deal was made for the University through the course of these replacements.

Getting things done back then could sometimes be difficult. All external phone calls were made via the University switchboard and calls in the morning were actively discouraged because they were more expensive. Bob would get more and more exasperated as he tried to explain why calling an engineer to fix a computer or the broken cooling plant could not wait for four more hours.

Many of the things we now take for granted, such as email and local area networks, made their University debuts under Bob's leadership. Bob had the foresight to see distributed computing and personal workstations as the way forward when the UK academic world was still seriously wedded to mainframes. He also fostered collaboration, particularly in supporting research, with other departments – Chemistry, Biochemistry, Geography, Physics and Economics – to pursue a common approach that would ensure that everybody won. This was not always welcomed at the time but his quiet way of resolving issues where there was often strong disagreement was effective in smoothing the path towards getting the best out of the technologies available.

The multi-user mini was superseded by the personal computer. The first graphics workstations were installed for computer aided design and modelling. Distributed computing became increasingly finer grained and fragmented. It became commonplace for staff and research groups to buy their own computers and attempt to run them in isolation while demanding connectivity for the increasingly mission-critical applications such as the web and email that people use without much thought for the knowledge, skills and experience needed to support them. Bob was able to provide those competencies when the Distributed Computing team was absorbed back into the main Computing Service.

From the early 1990s Bob was based in the Computer Centre and continued to work there for the remainder of his career. By this time Bob was well established as a manager, working under the leadership of Alan Grant. Bob’s team managed UNIX computers, standardising on Sun Microsystems machines, which provided services for many departments and, increasingly, for the whole University. The use of email and the web grew dramatically. Bob played a key role in keeping things running, largely unseen and unnoticed by the thousands of staff and students who came to rely on email and the web at all hours of the day.

In 2000 the Computing Service was merged with the Library and Management Information Services to create a large new Information Services, with Tim Phillips in charge of Information Systems and Computing. Bob was now leading the newly-named Systems and Research Computing team and responsible for the computer systems which underpinned the vast majority of the University’s corporate IT services: email, the web, library services and other professional service functions such as finance, HR, student information, research administration and estates. All these services were “mission critical” and Bob and his team were liable to be called at any hour of the day or night to fix problems. Fortunately, the systems had been designed and built with consummate skill and these occasions were rare but most people did not realise how much they relied on small teams of dedicated experts.

The University’s systems continued to evolve and grow as funding was secured; and although some would say that there was never quite enough money, this period marked a very significant step forward. Bob’s team was particularly focussed on the needs of the corporate University but also included specialist high performance computing, which was a vital tool for a very-wide range of research, ably led by Dr Ian Stewart, who introduced some of the most powerful systems in the UK, if not worldwide.

For much of Bob’s nearly 40 years dedicated service, he worked in an environment which was highly collegial, where people knew each other and got things done through those personal contacts. By the time that he retired at the end of 2010, Bob had been part of some very significant changes in technology and its use. Universities in general and Bristol in particular were pioneers of the internet, email and high performance academic computing. It was people like Bob Walker who made many of these changes possible.