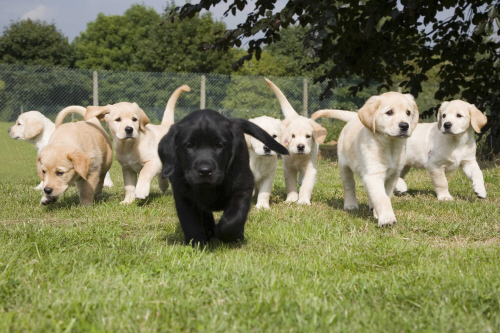 Researchers at the University of Bristol are asking puppy owners in the south west to send them samples of their puppy’s poo so that they can be monitored for antibiotic-resistant bacteria.

Resistance to antibiotics is becoming increasingly prevalent and is recognised as a threat to both human and animal health worldwide, with an estimated 700,000 people dying from resistant infections every year. Many efforts are being made to increase the awareness of this critical problem during this week’s World Antibiotic Awareness Week [until 19 November].

All mammals carry large numbers of bacteria in their gut, which are released in poo (faeces). Some of these faecal bacteria may then cause “opportunistic infections”, such as in surgical wounds or the urinary tract. Gut bacteria that are resistant to antibiotics may then result in difficult to treat infections, which are particularly common in people and are sometimes found in pets.

For this part of the study, the team is collecting and analysing faecal samples from young puppies which are not being walked in public places, and comparing these to samples from the same puppies a month or two later when they have started going outside for walks. They are particularly interested in how the places puppies are walked might influence the levels of antibiotic resistant bacteria in their guts.

Dr Matthew Avison, Reader in Molecular Bacteriology in the School of Cellular and Molecular Medicine and who is leading the OH-STAR project, said: “Puppies might get their gut bacteria from their mothers, from the environment in which they are exercised, from other pets in the household, or from their owners. It may well be a combination of all these. We want to identify the importance of the environment as a source of antibiotic-resistant bacteria, because dogs might be bringing these bacteria into the home. At the moment, we just don’t know.”

Kezia Wareham, a Masters student from the Bristol Veterinary School who is focussing on the puppy part of OH-STAR and is keen to recruit as many puppies as possible, added: “We are excited to be able to work directly with puppy owners to help answer these important questions. If you have a young puppy and would be able to provide us with some poo, please do get in touch.”

Are you able to help with this study? We are looking for puppies aged under 12 weeks from North Somerset, Bristol, Bath and North-East Somerset, and surrounding areas.

Puppy owners will be asked to complete a simple questionnaire and provide two faecal samples from their puppy.

OH-STAR is a £1.5 million project funded by the Antimicrobial Resistance Cross Council Initiative supported by the seven UK Research Councils.