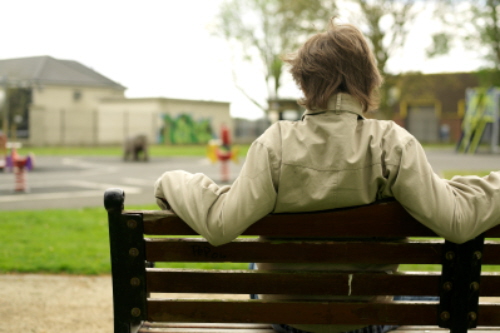 Life expectancy of 20-year-olds starting treatment for HIV has increased by around a decade in the EU and North America since the introduction of antiretroviral therapy in the mid-1990s, according to a study published in The Lancet HIV. These increases are among treated individuals, and are in addition to dramatic life expectancy improvements that occurred after the introduction of antiretroviral therapy compared with untreated individuals.

The authors of the study propose that their findings could help to reduce stigmatisation and help people with HIV gain employment and obtain medical insurance, as well as encouraging those diagnosed to start treatment as soon as possible and continue it fully.

Their projections suggest that life expectancy of a 20-year-old who began treatment from 2008 onwards and had a low viral load after a year of treatment may approach that of the general population (around 78 years old).

However, life expectancy for people with HIV mostly remains lower than that of the general population.

"Our research illustrates a success story of how improved HIV treatments coupled with screening, prevention and treatment of health problems associated with HIV infection can extend the lifespan of people diagnosed with HIV. However, further efforts are needed if life expectancy is to match that of the general population," said lead author Adam Trickey, from the School of Social and Community Medicine at the University of Bristol. "Combination antiretroviral therapy has been used to treat HIV for 20 years, but newer drugs have fewer side effects, involve taking fewer pills, better prevent replication of the virus and are more difficult for the virus to become resistant to." [1]

The improvements are likely to be a result of the transition to less toxic antiretroviral therapy with more drug options for people infected with a drug-resistant HIV strain, better adherence to treatment, improved treatment of co-occurring conditions and opportunistic infections, and increased use of screening and prevention programmes for conditions such as cardiovascular disease and cancer.

Antiretroviral therapy first became widely used in 1996. It involves a combination of three or more drugs that block the HIV virus from replicating, in order to prevent and repair damage to the immune system caused by HIV infection. It also prevents onward spread of the disease. The WHO now recommends antiretroviral therapy to be given as soon as possible after diagnosis to all people with HIV.

The study used data for 88,504 people with HIV who started antiretroviral treatment between 1996 and 2010 from 18 European and North American studies. In order to estimate life expectancy, it tracked how many people died during the first three years of their treatment, their cause of death, HIV viral load, immune cell (CD4 cell) count and whether they were infected through injecting drugs.

During this time, measures of HIV improved – with the average immune cell count (of CD4 cells in the blood) after a year of treatment increasing from 370 cells per microlitre of blood in 1996-1999, to 430 cells per microlitre in 2008-2010, while the proportion of people with a low HIV viral load increased from 71 per cent to 93 per cent.

As a result of these improvements, between 1996 and 2013, the life expectancy of 20-year-olds treated for HIV increased by nine years for women and 10 years for men in the EU and North America.

Projections based on death rates in the second and third year of treatment for Europeans and North Americans, estimated that 20-year-olds starting therapy between 2008-2010 who survived the first year of treatment would live to 73 for men and 76 for women.

However, the improvements were not seen in all people with HIV, with life expectancy of people who were infected through injecting drugs not increasing as much as in other groups.

"Since modern treatment is highly effective with low toxicity, deaths in people living with HIV are unlikely to be reduced by further development of drugs. Now we need to focus on the issues surrounding drug adherence, late diagnosis of HIV, and diagnosis and treatment of co-occurring conditions. In drug users we must promote therapy and improve access to therapy to treat addictions as well as increasing access to hepatitis C treatment for people with both infections," said Trickey. "Although most people are likely to start treatment soon after diagnosis of HIV, this will only result in improved survival overall if the problems of late diagnosis and treatment access are addressed." [1]

Limitations of the study include that the results could also be affected by changing behaviour over time too – for example, fewer people starting treatment in recent years were infected through injection drug use. The study's results apply only to people who take antiretroviral therapy, while the majority of HIV deaths occur in people who are not treated. The life expectancy estimates are based on death rates, and there were few data for those in the oldest age group, meaning that death rates in these individuals could not be precisely estimated.

Writing in a linked Comment, Ingrid T Katz, Brigham and Women's Hospital, USA, said: "The introduction of combination antiretroviral therapy (ART) has been one of the great public health success stories of the past 40 years. ART has led to increased survival in people living with HIV, and subsequently to individual and societal gains worldwide, because of the marked improvements in its potency, side-effect profile, and simplicity of use… Despite these improvements, cohort studies show a small but persistent gap in the lifespan between HIV-positive and HIV-negative individuals, particularly within key affected populations… The concern is greatest in the world's most vulnerable populations, which include people who inject drugs in Europe and North America, and individuals living in resource-constrained settings globally, where access to early ART initiation has been limited."

'Survival of HIV-positive patients starting antiretroviral therapy between 1996 and 2013: a collaborative analysis of cohort studies' by Adam Tricket et al in The Lancet HIV

The study was funded by the UK Medical Research Council, UK Department for International Development and the EU EDCTP2 programme. It was conducted by scientists from the Antiretroviral Therapy Cohort Collaboration.

[1] Quote direct from author and cannot be found in the text of the Article.