From pigeonholes to the arrow of time: quantum physicist wins prestigious prize 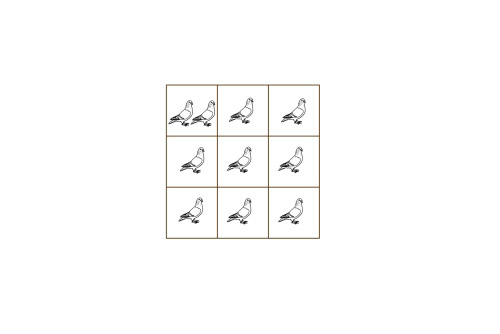 A professor of physics from the University of Bristol's new Quantum Information Institute has been awarded the prestigious 2016 Cozzarelli Prize for a paper published in the journal, Proceedings of the National Academy of Sciences.

Professor Sandu Popescu’s paper ‘Quantum violation of the pigeonhole principle and the nature of quantum correlations’ was awarded the prize for its 'outstanding scientific excellence and originality'.

PNAS (Proceedings of the National Academy of Sciences of the USA) is, alongside Nature and Science, one of the world's most prestigious and most cited multidisciplinary scientific research journals.

The Cozzarelli Prize is given annually to six papers published in PNAS, one in each of the six broad disciplines covered by the journal.

Professor Popescu said: "Our paper received the prize for the 'Physical and Mathematical Sciences' disciplines, which covers an extremely broad area including Physics, Chemistry, Geology, Mathematics and Biophysics.

"More specifically, our paper is in an area called 'foundations of physics' where physics and philosophy overlap and which deals with the most basic aspects of Nature.

"It was a great honour to receive the award and have my work recognised by such a prestigious journal."

The paper shows that quantum mechanics violates one of the fundamental principles of nature: If you put three particles in two boxes, necessarily two particles will end up in the same box.

The researchers found instances when three quantum particles are put in two boxes, yet no two particles are in the same box, a seemingly impossible and absurd effect.

Professor Popescu added: "This is only one of a host of related quantum effects which we discovered and which point to a very interesting structure of quantum mechanics that has major implications for our understanding of nature.

"It requires us to revisit some of the most basic notions of physics––the notions of correlations, interactions and even the arrow of time."

The results made a huge media impact, and were featured in Through the Wormhole with Morgan Freeman, one of the world’s most important science documentaries series.

Quantum information and its translation into technologies is widely recognised as one of the most exciting research activities in science and technology today.

Long at the forefront of the growing worldwide activity in this area, the Bristol Quantum Information Institute crystalises the University of Bristol's leading and pioneering research across the entire spectrum, from fundamental theory to technology.

It is one of seven newly created Specialist Research Institutes designed to reflect the University's strength and depth in key specialisms. They aim to catalyse research collaboration and partnership, providing outstanding academic training.

The institutes position the University among the world’s leading research-intensive universities, making it a topdestination for students and staff internationally

Professor of Theoretical Physics, Noah Linden, is the academic lead for the Bristol Quantum Information Institute.

He said: "With an expert cross-disciplinary team, including founders of the field, the University has expertise in all major areas of theoretical quantum information science and in experiment.

"The team also fosters partnerships with the private sector and provide superb teaching and training for the future generation of quantum scientists and engineers, and the prototypes of tomorrow."