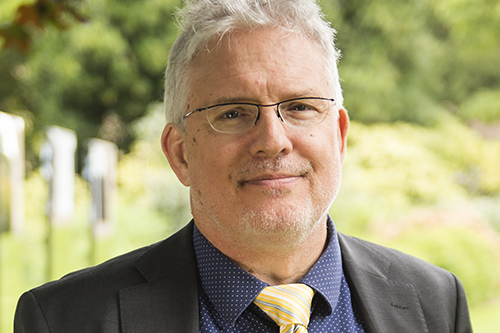 An academic from the University of Bristol School of Experimental Psychology and the Cabot Institute is among 47 leading social scientists who have been conferred as Fellows of the Academy of Social Sciences.

The award for Stephan Lewandowsky, Chair in Cognitive Psychology, was announced today, 31 March, and will be made formally at a ceremony in June.

Professor Lewandowsky is an eminent social scientist and an expert on the application of computational modelling to social science questions. He has an international reputation for his studies of human memory, which have prompted key work on the extent to which information that is initially presented as factual, but then retracted, is still believed.

These studies have led to more applied research that looks directly at how findings from social science should be communicated to the public and policy makers.

These interests have come together in Professor Lewandowsky’s cross-disciplinary work on the public understanding of climate change.

His standing has already been recognised with awards that include a recent Royal Society Wolfson Research Merit award, and his appointment as a Fellow to the Committee for Skeptical Inquiry. He also holds editorial roles within the American Psychological Association and the Psychonomics Society and leads a highly popular summer school in computational modelling that has trained more than 100 junior social scientists since 2010.

"I am delighted that Steve's many and varied contributions to social science and to society have been recognised in this way. Steve is a leading academic with an international reputation for the quality of his own research and for his work on the public understanding of research findings in general. His election as a Fellow of the Academy is a fantastic achievement, but one that is entirely deserved."

“The outstanding contributions of each new Fellow are a testament to the breadth of the social sciences, both in their ability to inform policy for public benefit, as well as in addressing some of our most pressing societal issues. The range of expertise of our more than 1,100 eminent Fellows speaks to the Academy’s growing reach as the representative voice of the social science community as a whole.”

University of Bristol Fellows of the Academy of Social Sciences