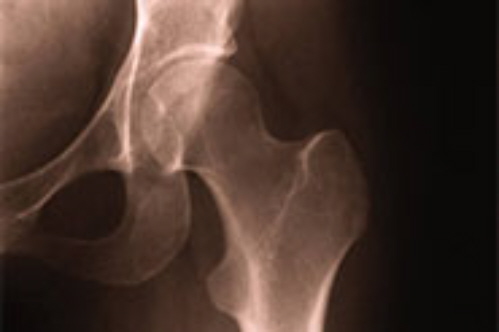 New research has found NHS patients admitted to hospital at the weekend with a hip fracture are at no greater risk of death compared to weekdays. In fact, the risk of death during the hospital stay was lower at the weekend than in the week. Only a delay to surgery; undergoing surgery on a Sunday, when provision for operations in many hospitals is less, being discharged from hospital on a Sunday; or out of hours were associated with an increased risk of death at 30 days.

Using data collected by the National Hip Fracture Database (NHFD) of England, Wales and Northern Ireland, researchers from the University of Bristol and North Bristol NHS Trust, investigated the chances of dying in a quarter of a million NHS patients with a broken hip between 2011 and 2014.

Mr Tim Chesser, Consultant Trauma and Orthopaedic Surgeon at North Bristol NHS Trust, and clinical lead of the research project, reported: "Despite the previously published suggestions that there is an increased risk of a patient admitted to hospital at the weekend dying when compared to those admitted during the week, there is no increased risk for patients who have suffered from a broken hip. This is reassuring because elderly patients who suffer from a hip fracture are often very frail, with multiple medical problems, so the lack of an increased risk reflects the excellent care they receive under the current structures and medical staffing.

"However, this research illustrates that significant events, such as the timing of surgery and the timing of discharge from the hospital maybe very important events in the treatment of the elderly with broken hips and require further research."

Adrian Sayers, Senior Research Fellow in the Musculoskeletal Research Unit in the School of Clinical Sciences at the University of Bristol and lead author on the paper, added: "The analysis has brought up questions of the importance of timing of surgery, how surgery on a Sunday differs from the rest of the week."

"While the weekend effect debate continues, it is important that robust, academic analysis of clinical data remains at the centre of understanding patterns of variation in the quality of care. National audits such as the NHFD provide high-quality data, which is collected by clinical teams in order to drive improvements in quality.

"The NHFD has been instrumental in reporting on outcomes of older patients undergoing hip fracture for ten years and now has more than half a million patient records, providing a wealth of robust information that underpins many recent improvements in medical care.

"Thanks to clinicians capturing comprehensive patient data, we now have a very clear idea of what hospital medical and surgical teams need to do to maximise the recovery and rehabilitation of older hip fracture patients. What we are less clear about is what happens to patients after they have been discharged from an acute hospital and we would encourage colleagues across acute and community care to collaborate to ensure that safe and effective continuity of care occurs throughout every patient’s recovery."

'The association between the day of the week of milestones in the care pathway of patients with hip fracture and 30-day mortality: Findings from a prospective national registry - The National Hip Fracture Database of England and Wales' by Sayers A, Whitehouse MR, Berstock JR, Harding KA, Kelly MB, Chesser TJ in BMC Medicine [open access]

The work has been funded by a Trauma Research Fund awarded by Southmead Hospital, North Bristol NHS Trust and by an MRC Strategic Skills Fellowship awarded to Adrian Sayers.

Current national standards for elderly patients who sustain hip fractures is for surgery to occur the day or day after admission with multidisciplinary care between Orthopaedic surgeons and Orthogeriatricians. Surgery should be performed on planned trauma operating lists with consultant surgeon and anaesthetic supervision. Elderly patients who sustain a broken hip are often very frail, and can be associated with significant mortality (7.1 per cent at 30 days) with a long length of stay in NHS beds (currently an average of 20 days).

About the National Hip Fracture Database (NHFD)
The National Hip Fracture Database (NHFD) is a clinically led, web-based quality improvement initiative commissioned by the Healthcare Quality Improvement Partnership (HQIP)and managed by the Royal College of Physicians (RCP). The NHFD was founded by the British Orthopaedic Association and the British Geriatrics Society between 2004 and 2007. In 2013 the NHFD moved to be managed as part of the Falls and Fragility Fracture Audit Programme (FFFAP) within RCP London.

All 177 eligible hospitals in England, Wales and Northern Ireland are now regularly submitting data to the NHFD, the largest hip fracture database in the world.

For more information about the work of the National Hip Fracture Database and the Falls and Fragility Fracture Audit Programme, please visit www.nhfd.co.uk or www.rcplondon.ac.uk/fffap