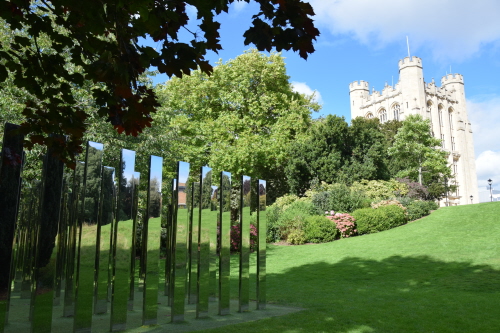 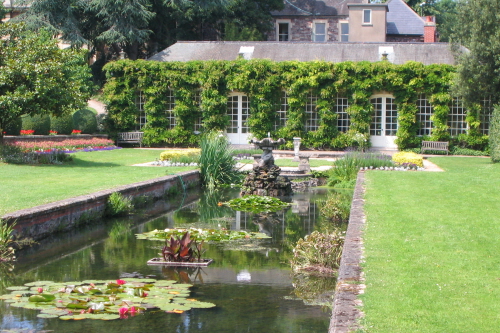 The rich horticultural history and biodiversity of some of Bristol’s most beautiful gardens will be revealed to the public through a series of guided tours and events, starting next month.

The University of Bristol is inviting people to explore its celebrated grounds during a special programme of activity, which begins on 8 April and runs until October.

Following last year's success, the University and the Bristol Naturalists' Society have again joined forces to offer a programme of Biodiversity Events alongside the annual Specialist Garden History Tours.

Experts from the Society will lead the biodiversity events, which each focus on different aspects of the diverse flora and fauna that can be found in the local area.

Among the gardens featured are Goldney Garden in Clifton, Royal Fort Garden and the Stoke Bishop campus.

Normally closed to the public, the ornate garden tucked behind Goldney House, in Clifton Wood, includes a heritage orchard, an ornamental garden, an orangery, a canal and tower, a rotunda and bastion, Corinthian columns and the elaborate grotto which is one of the finest surviving examples of an 18th century garden grotto in Britain.

Royal Fort Garden, which is nestled away behind Tyndall Avenue, began life as a Civil War fortification created to defend the city in the 16th century. Although it's open to the public, few people are aware of its pivotal role in Bristol's history.

Stoke Bishop Halls of Residence are surrounded by a diverse range of habitats which comprise both formal and informal gardens, including woodland, that offer the facility to host a number of the biodiversity events.

Alan Stealey, External Estates Manager at the University of Bristol, said: "The annual historic tours of Goldney and Royal Fort Gardens continue to attract large numbers of visitors and we’re delighted to add to our offering through our continued partnership with the Bristol Naturalists' Society. From flora and fauna, to bats and bushes it’s an enjoyable insight into Bristol's natural life.

"The University takes great pride in maintaining a large number of listed buildings and gardens and we're looking forward to sharing this slice of Bristol's heritage with the public once again."

"It is both a privilege and a pleasure to be able share our collaboration with all those who would like to learn more about the wealth of species that can be seen and heard locally through this innovative and varied upcoming programme of Biodiversity Events."

The landscape around the Royal Fort has altered dramatically over the past four centuries and little remains of the fortifications created to defend the city during the Civil War (1642–46).

It was originally known as Windmill Fort, located at the top of St Michael’s Hill, before the Royalists captured Bristol and Dutch military engineer Sir Bernard de Gomme redesigned it.

The ornate garden hidden away behind Goldney House, in Clifton Wood, includes a heritage orchard, an ornamental garden, an orangery, a canal and tower, a rotunda and bastion, Corinthian columns and the elaborate grotto which is one of the finest surviving examples of an 18th century garden grotto in Britain.

The Goldney family first came to live on the property in 1694, when Thomas Goldney II rented it. He later bought the property in 1705 before rebuilding the house and adding to the garden in the 1720s.

However, most of what we see today was the work of his son Thomas Goldney III who enlarged the garden to 16 acres in over 35 years.

He kept a garden book which logged all the work he carried out to transform the grounds. His first major project in 1737 was the construction of the Grotto.

The first part of this scheme was actually to build a tunnel, so that he would not have to cross the public footpath leading through his estate.

The Grotto itself was completed 27 years later in 1764. The walls and pillars are covered with a vast variety of minerals, shells, corals, rocks and fossils, some of which may have been brought back to Bristol by Captain Woodes Rogers.

In 1760, the Orangery was constructed to house an exotic collection of citrus trees which would have been brought to Bristol by merchant ships.

The garden at Goldney garnered a reputation as one of the must-see gardens of the 18th century, with both visitors and writers.