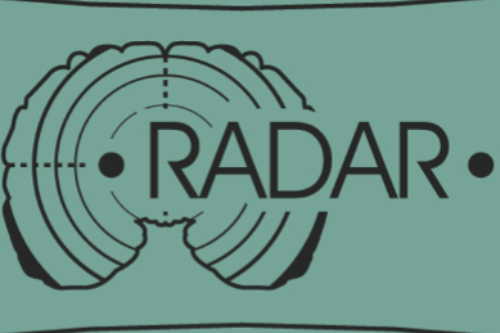 People with Alzheimer's disease are already helping with a ground-breaking government-funded trial led by academics from the Universities of Bristol, Cambridge, Queen's University Belfast and University College London, and hosted by North Bristol NHS Trust, but even more people are needed to take part in the study.

The research study, known as RADAR (Reducing pathology in Alzheimer's Disease through Angiotensin taRgeting) is investigating if a drug normally used to treat high blood pressure (hypertension) has additional properties that could slow down the progression of Alzheimer’s disease (AD) in people with and without hypertension.   Approximately almost half a million people in the UK have Alzheimer's disease, which is the most common form of dementia that affects and memory and brain function in older individuals.

As part of the Prime Minister's Challenge on Dementia, funding of nearly £2 million was awarded by the Efficacy and Mechanism Evaluation (EME) Programme, an MRC and NIHR partnership.

RADAR is a multi-centre clinical trial that is investigating if losartan, a blood pressure drug that first became available in 1995, can complement current treatments for AD. The researchers believe losartan can slow down the progression of AD by improving brain blood flow and altering chemical pathways that cause brain cell damage, brain shrinkage and memory problems in AD.

Recruitment for the RADAR trial, now open at 23 sites across England, Scotland and Northern Ireland, has been extended across the until the end of February 2018 and with 140 participants already taking part in the study, the researchers need another 90 people to sign up to complete the study.

The RADAR study is a double-blinded placebo-controlled randomised trial, meaning that some participants will be randomly assigned to receive either the study drug, losartan, or a placebo (an identical looking pill with no active medicine) once a day for 12 months.  Nobody, including the doctors and nurses involved, will know until the study is analysed who received which. This is one of the most powerful study designs available.

Initially all participants who are eligible to enrol will receive two weeks of losartan and then two weeks of the placebo to ensure they are happy taking the medication before entering the year-long trial.

People with Alzheimer's disease who have high or normal blood pressure can take part if they meet certain eligibility criteria and RADAR will use brain imaging to measure whether losartan reduces the rate of brain shrinkage normally occurs in AD.  It will also be using what are standard questionnaires on memory performance and quality of life – important indicators of whether the drug might be helpful.

The trial will assess rate of whole brain shrinkage on MRI scan compared between participants on losartan and those on placebo. The researchers will also examine differences in brain blood flow, memory tests, day-to-day quality of life and changes in blood protein levels.

Professor Pat Kehoe, Gestetner Professor of Translational Dementia Research at the University of Bristol, leading the trial gave an update on the study on Friday [14 July] at a symposium on Vascular Factors in Dementia and Neurodegeneration in London, hosted by the International Society of Vascular, Behavioural and Cognitive Disorders (Vas-Cog Society).

Professor Kehoe said: "With an ageing population, and as we are still in search of longer acting and effective treatments, the provision for Alzheimer's disease care will continue to increase, which will greatly impact on NHS healthcare costs and resources.

"We are delighted with the confidence our funders have placed on us by agreeing to extend the study as it gives patients and their carers the opportunity to take part and help realise the potential of this UK-based trial.  The scientific case is there but we now really need people with Alzheimer's disease to come forward and offer to take part as their involvement is essential to helping scientists find out if losartan could be a future treatment for Alzheimer's disease.

"What a lot people may not realise, even if they are seeing a doctor regularly to have their Alzheimer's treated, because of rules around data protection and privacy unless they voice their interest to take part in research, doctors, nurses and researchers working on various trials like RADAR are not always able to contact them to invite them to take part and so many people may miss out on opportunities to participate in research that may find new treatments."

Sandra, a carer for her husband Martin who are participants of the RADAR study, said: "It was a real shock when Martin was diagnosed with Alzheimer's disease and it has taken some time to come to terms with the diagnosis and disease.

"Even though we know the study can't help Martin, being part of the trial is important as it could help future generations.  I hope that it's not long before a drug can be found to treat or keep Alzheimer’s disease at bay and research is important to make that happen."

If members of the public are interested in participating in the study, they can find the location and contact details of all of RADAR's participating NHS sites on www.radar-trial.org.uk.  Further information about the study can also be found here as well as a chance to contact the study team.  People can also lend their encouragement and follow the progress of the trial on Twitter @RADARTrialAD.

Members of the public interested in other research opportunities in relation to Alzheimer’s disease or other forms of dementia can also register with the new Join Dementia Research initiative, hosted by the National Institute of Health Research (NIHR).

The Join Dementia Research service allows anyone with and without dementia to sign up using basic demographic and health information and be matched to dementia research studies in their area. Research teams can then approach potential volunteers about their particular study and the volunteer can decide whether to take part on a case-by-case basis.

Martin's wife, Sandra, and his colleagues at work first noticed in 2014 that Martin had memory loss.  In April 2015, following tests and scans, Martin was diagnosed with mild cognitive impairment (MCI).  After further tests, in February 2016, doctors confirmed that Martin had posterior cortical atrophy (PCA), caused by Alzheimer's disease.

PCA, also known as Benson’s syndrome, is a rare degenerative condition in which damage occurs at the back (posterior region) of the brain.

Before Martin was diagnosed he was a draughtsman and team leader for Rolls-Royce in Bristol, where he drew detailed plans of aircraft engines.  Martin’s colleagues noticed that he wasn’t checking his work properly and was doubling up on what he was writing.

Martin joined Rolls Royce Bristol as an apprentice at the age of 16 and unfortunately after 43 years of service he had to take early retirement at the age of 59.

Due to his Alzheimer's disease, Martin cannot be left for very long on his own and has had to give up driving.

He was told about the RADAR trial by South Gloucestershire's memory clinic and together with his wife, Sandra, met with the RADAR team in Bristol to find out more.  They have just had their final consultation with the research team after being part of the study for 12 months.

Further information on the Clinical Research Networks supporting this study can be found at: https://www.crn.nihr.ac.uk/

About *The Efficacy and Mechanism Evaluation (EME)
The Efficacy and Mechanism Evaluation (EME) Programme supports later-phase "science-driven" clinical trials and evaluative studies, which seek to determine whether a health intervention (e.g. a drug, diagnostic technique or device) works and in some cases how or why it works.  The EME Programme is funded by the MRC and NIHR, with contributions from the CSO in Scotland, NISCHR in Wales and the HSC R&D Division, Public Health Agency in Northern Ireland.

The study was funded by an MRC and NIHR partnership created to support the evaluation of interventions with potential to make a step-change in the promotion of health, treatment of disease and improvement of rehabilitation or long-term care.

About the Medical Research Council
The Medical Research Council is at the forefront of scientific discovery to improve human health. Founded in 1913 to tackle tuberculosis, the MRC now invests taxpayers’ money in some of the best medical research in the world across every area of health. Thirty-one MRC-funded researchers have won Nobel prizes in a wide range of disciplines, and MRC scientists have been behind such diverse discoveries as vitamins, the structure of DNA and the link between smoking and cancer, as well as achievements such as pioneering the use of randomised controlled trials, the invention of MRI scanning, and the development of a group of antibodies used in the making of some of the most successful drugs ever developed. Today, MRC-funded scientists tackle some of the greatest health problems facing humanity in the 21st century, from the rising tide of chronic diseases associated with ageing to the threats posed by rapidly mutating micro-organisms.