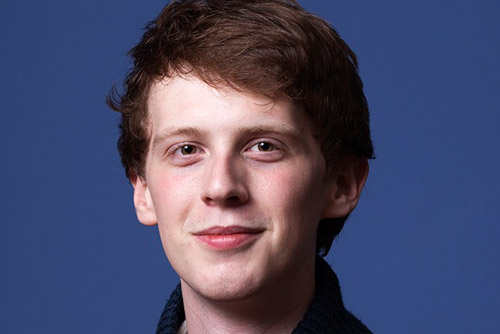 Jon Berry - the second recipient of the Kevin Elyot Award

Bristol-based playwright and writer Jon Berry has been named as the second recipient of the annual Kevin Elyot Award by the University of Bristol's Theatre Collection.

The award, created in the memory of the renowned playwright, screenwriter and Bristol drama alumnus, will support Jon to create a new dramatic work inspired by Kevin's archive which was donated to the collection by his sister following his death in 2014.

Up-and-coming and award-winning writers from across the world applied and the decision came down to a judging panel which included Mamma Mia playwright Catherine Johnson and academics from the University’s Department of Theatre.

Jon, originally from Porthcawl in South Wales, was a student at the University of Bristol when he discovered his love of writing for theatre at the end of his first year studying English and Philosophy.

Since then he has worked with institutions and creatives in Bristol, Cardiff and London including the Sherman Theatre and London Welsh Centre.

The inaugural award winner, Ian McHugh, is currently putting the final touches to his play 'Good Morning Captain', which has been inspired by working with Kevin’s archive. This had its first rehearsed reading in May with a cast of student actors and was exceptionally well received. It is hoped that it will be developed for a full production later this year.

Jon said: "I'm delighted to be able to have been chosen for this year's Kevin Elyot award. Ian McHugh's work from this year has been astounding, and I only hope to continue to live up to Kevin's memory much like Ian has. I’m very excited and honoured."

Jo Elsworth, Director of the Theatre Collection, added: "We are so pleased to be able to support a new generation of writers through this award. I hope it will make a tangible difference to Jon and that he, too, finds inspiration in Kevin Elyot's wonderful archive."