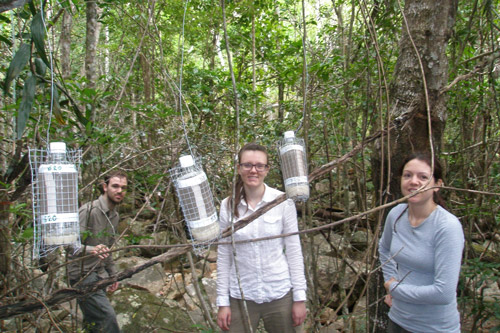 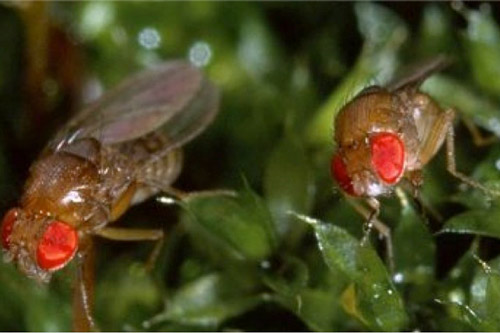 Predicting how species will respond to climate change is a critical part of efforts to prevent widespread climate-driven extinction, or to predict its consequences for ecosystems.

Usually, the current climatic range of a species is used to predict where it will occur under future climate change scenarios.

However, this approach overlooks two important factors that may affect species' responses to climate change:

In a new study, published today in Global Change Biology, scientists from the University of Bristol, James Cook University, and Melbourne University in Australia tested the response of the tropical rainforest fly Drosophila birchii to a changing climate by transplanting flies in hundreds of cages along mountain gradients in north-eastern Australia, and measuring their reproductive success at different elevations.

Mountains are useful for exploring the effects of climate change because they show predictable changes in temperature and humidity with elevation. In general, sites at low elevations are warmer and drier than higher elevation sites.

By testing the success of many D. birchii families transplanted along elevation gradients, the team were able to measure genetic variation in responses to the thermal environment, which indicates the potential for thermal tolerances to evolve. They found that all families showed similar responses, indicating low levels of genetic variation in temperature sensitivity, and therefore little potential for climatic tolerances to evolve.

The team also compared the response of flies in cages (which experienced the local temperature and humidity, but not interactions with other species) with the abundance of D. birchii in wild populations at the same sites along mountain gradients (where other species were also present), to test whether interactions among species affect responses to climate change.

This suggests that different factors restrict the distribution of D. birchii at either end of its range.  Low temperatures prevent expansion of D. birchii at higher elevations, whereas it appears that other species, which were absent from the transplant cages, limit the spread of D. birchii into warmer sites in nature.

Understanding how interactions among species in ecological communities will change as a consequence of climate change is a critical part of predicting the consequences for ecosystem function, and will be a focus of the team's future work.

'Testing for local adaptation and evolutionary potential along altitudinal gradients in rainforest Drosophila: beyond laboratory estimates' by: E. O'Brien, M. Higgie, A. Reynolds, A. Hoffmann, and J.Bridle in Global Change Biology.