Job clubs could help reduce depression in people through unemployment 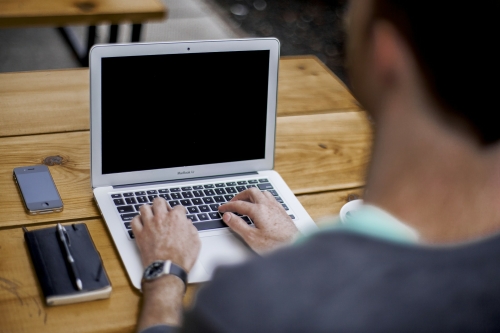 Job clubs could be effective in reducing depression in people experiencing the effects of unemployment, particularly those at high risk of depression, an NIHR-funded study has found.

Many people feeling depressed and anxious because of financial hardship do not seek help from their GP. The study, led by University of Bristol researchers from the National Institute for Health Research Collaboration for Leadership in Applied Health Research and Care West (NIHR CLAHRC West), reviewed ‘randomised controlled trials’ to understand the effectiveness of the support available for people, other than visiting a GP and taking anti-depressants and other drugs.

Of the 11 randomised controlled trials reviewed during this study, five assessed job club interventions — group meetings where people are given job skills training. People who received the job club intervention reported lower depression scores than people who didn’t receive it. The largest effect was seen in those identified at the start of the trial as being at high risk of depression. Interventions assessed in other trials reviewed during this study did not show any evidence of any benefit.

Published in Psychological Medicine, the results provide evidence to suggest that job clubs are effective. However, overall the evidence that job club, cognitive behavioural therapy or debt advice interventions work is very limited and more research is needed to identify the best approach to support people who lose their jobs or experience financial hardship.

Professor David Gunnell, who led the study, said: “During economic recession more people are out of work, home repossessions and debt increase, people still in work may also feel that it’s harder to cope financially, and welfare benefits reduce. Financial difficulties can lead to relationship strain too. All of these can make people feel depressed and anxious over a long period of time and some people contemplate or attempt self-harm and suicide.

“We were interested in understanding what support could be offered to people during times of economic hardship, beyond taking drugs or other medical interventions. Our findings suggest that job clubs are effective, especially for those at high risk of depression. But the evidence for other types of interventions is very weak. With more public funding cuts ahead, we’re likely to see more and more people falling on hard times, and it’s vital that we understand how we can help them cope.”

Reducing the effect of job loss and debt on mental health should be an important element of policy response to periods of recession. Research shows that government spending on active labour market programmes and unemployment protection schemes can counter the effect of recession on suicide rates. But austerity measures, such as reassessing whether people are eligible for benefits, have the opposite effect.

Professor Gunnell has recently published another study in BMJ Open looking at the events and experiences that lead people who are experiencing economic hardship to self-harm. That study found that financial hardship resulting from the recession and austerity measures accumulated over time, or acted as a ‘final straw’, triggering self-harm. These people tend to have already experienced many damaging life-experiences, including abuse, neglect, bullying, domestic violence, mental health problems, relationship difficulties, bereavements and low self-esteem.

Interventions to reduce the impact of unemployment and economic hardship on mental health in the general population: a systematic review
by Moore THM, Kapur N, Hawton K, Richards A, Metcalfe C, Gunnell D in Psychological Medicine.

The National Institute for Health Research (NIHR) is funded by the Department of Health to improve the health and wealth of the nation through research. The NIHR is the research arm of the NHS. Since its establishment in April 2006, the NIHR has transformed research in the NHS. It has increased the volume of applied health research for the benefit of patients and the public, driven faster translation of basic science discoveries into tangible benefits for patients and the economy, and developed and supported the people who conduct and contribute to applied health research. The NIHR plays a key role in the Government’s strategy for economic growth, attracting investment by the life-sciences industries through its world-class infrastructure for health research. Together, the NIHR people, programmes, centres of excellence and systems represent the most integrated health research system in the world. For further information, visit the NIHR website (www.nihr.ac.uk).

The NIHR Collaboration for Leadership in Applied Health Research and Care West (NIHR CLAHRC West) works with its partner organisations, including local NHS and public health providers, to conduct applied health research and implement research evidence, to improve health and healthcare across the West. It undertakes applied health research projects, in collaboration with its partners across the region and nationally. The research it does must have a real world application.