What are your life chances? 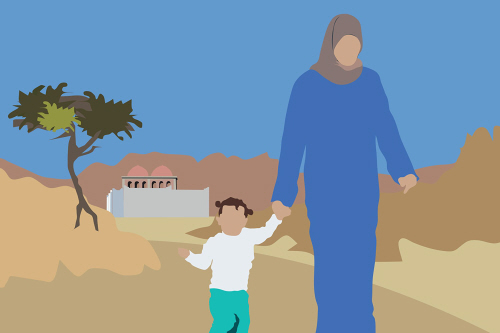 Life Chances reveals some of the struggles families are facing in austerity Britain. The new novel, which uses fictional characters based on the experiences of real people who are recent migrants or living on the breadline in inner city Britain, is published today [20 Feb].

The novel tracks the journey of an aspirant journalist as she explores ‘Broken Britain’ uncovering the personal stories of refugees, migrants and families living in low-income situations dealing with the UK authorities who discover that it is not easy to gain a foothold on the economic ladder or find security for your children.

The novel is one of the outputs from the University of Bristol-led Productive Margins project that aims to find new ways of engaging communities in decision making with regulatory services and policy makers. Researchers from the project teamed up with artists Sophie Mellor and Simon Poulter and contributors from Single Parent Action Network, South Riverside Community Development Centre, and Cardiff University to help write the novel.

Dr Debbie Watson from the University of Bristol School for Policy Studies, who is the academic lead for the project, said: "This is a work of sociological fiction which brings together social science methods of collecting people's stories about their lives with fictional tools to enable the stories to be disseminated in more accessible, engaging format aimed at a wider audience than an academic article.”

Sophie Mellor, an artist from Close and Remote, added: “We watched Lindsay Anderson’s film O Lucky Man and then imagined Life Chances as a novel and film taking place, while listening to the people we worked with, so it is part fantasy and part real-life.”

The authors (community members, researchers and artists) lived the lives of the characters while writing the novel, primarily by making jewellery and enacting the jewellery co-operative that is a major storyline. Fiction has now turned to fact with Life Chances authors Moestak Hussein and Akilah Tye Comrie setting up ‘Life Chances CIC’ for real. The jewellery-making business aims to help people living in marginalized communities to take back control of their lives.

Life Chances is now available from Amazon. Life Chances jewellery can be purchased via Etsy.

Life Chances (Lebenschancen in German) comes from Max Weber’s sociological writing on how factors in individuals' lives (education, family wealth) influence socio-economic status. It was adopted by the Conservative government under David Cameron to reframe agendas on poverty, in order to move away from poverty metrics and indicators determined by academic Peter Townsend (at University of Bristol in the late seventies).

Productive Margins is a programme of research funded by the ESRC, academic lead is Professor Morag McDermont at the University of Bristol School of Law

Close and Remote are artists Sophie Mellor and Simon Poulter