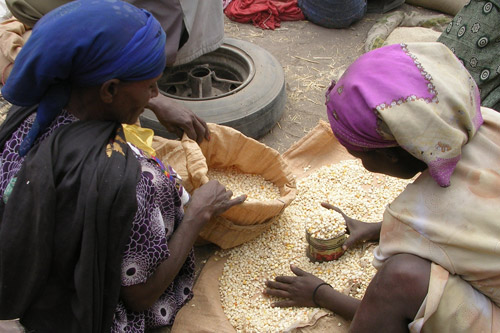 The harmful health consequences of Female Genital Cutting (FGC) are well-established and the elimination of this practice is a priority for policy makers across the world.

Examining the prevalence of this behaviour has been the subject of a new study by evolutionary anthropologists from the University of Bristol which, it is hoped, will provide a greater understanding of why FGC persists and inform eradication programmes.

In these countries most girls are cut before the age of five with the procedure being arranged by the girl’s family, normally the mother.

In the five countries there are 47 main ethnic groups. These ethnic groups, or cultures, are rather like sub-populations, and individuals from the same ethnic group will normally share the same language and customs.

The prevalence of FGC varies hugely between these ethnic groups – in some groups almost all women have FGC and in others very few.

The studyshows that the probability that girls are cut depends on how common FGC is in their ethnic group.

Dr Mhairi Gibson, Reader in Anthropology, said: "This study was conceived to address the evolutionary puzzle of why FGC persists despite the fact that it is detrimental to health. We are interested in whether evolutionary theory can help us to understand the prevalence of FGC behaviour, and that this approach may be useful in furthering our understanding of other harmful cultural practices."

Janet Howard, lead author of the paper, said: "Our results indicate that the difference in reproductive success between women with or without FGC is likely to be social rather than biological. Women with the “preferred” FGC status may have better marriage opportunities, or they may have access to social networks through which they get extra resources or support."

The researchers also came up with a number of findings, in a West African context, which it is hoped will inform future policy work.

Once the behaviour is abandoned, it appears unlikely that it will be taken up again which, researchers say, is encouraging from an eradication perspective. The study found that women who do not have FGC themselves are less influenced by the FGC norms in their ethnic group, and less likely to have their daughters cut even when living in an ethnic group where this is the normal behaviour.

FGC programmes could be targeted towards ethnic groups where FGC prevalence is over 50 percent.  The results suggest that shifting the prevalence from it being a majority behaviour to a minority behaviour will result in a decline in prevalence.

Many eradication programmes (including those funded by the Department for International Development and UNICEF) are currently based on the 'social convention theory' - which requires a coordinated change among cutting communities to switch their behaviour en-masse. However, the evidence for the efficacy of this approach is being challenged. The study’s results suggest that a piecemeal approach, by programmes which reduce the prevalence little by little may be equally effective in the decline in FGC prevalence.

* The term evolutionary fitness has a very specific meaning in evolutionary biology, and fitness here does not mean health or wellbeing. Evolutionary fitness is a measure of an individual’s reproductive success, or their contribution to the gene pool in future generations. This can be difficult to measure so proxies are used; in this case researchers compared the number of surviving offspring, or living children, for women at the age of 40.