The Bristol academic behind one of our best-loved Christmas songs 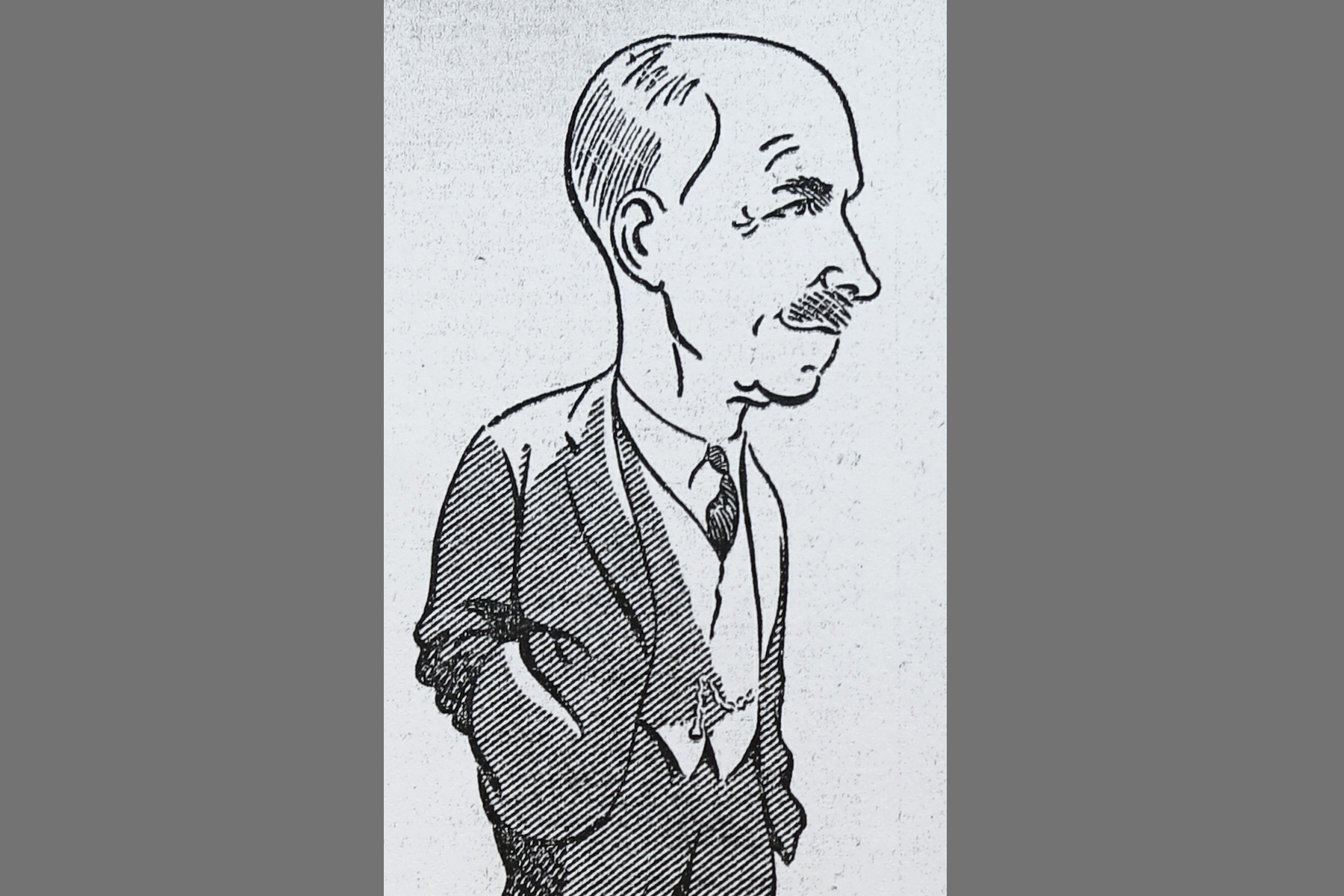 A caricature portrait of Arthur Warrell from the Bristol Evening World, March 1935

As far as Christmas songs go, ‘We Wish You a Merry Christmas’ is up there with the classics but little is known about its history – until now.

A special investigation has attributed the version we know and love to Arthur Warrell, a former Director of Music at the University of Bristol.

Although the lyrics date back much further, the arrangement penned by Warrell in 1935 is believed to be the first time the score was documented, and he was awarded the copyright in 1939 – the year of his death. There was one small difference to the words we know and love - his version was 'I' wish you a merry Christmas, not 'we'.

While they don't know where Warrell got the song from, his arrangement certainly spread its popularity.

It was performed by the BBC Chorus on the radio in December 1940 and through the war years and beyond you can find reviews of Christmas concerts in papers from all over the country attesting to its popularity. Some of these make it clear that the song was previously unknown outside the west country.

Dr Ian Coates, from the University of Bristol’s Special Collections Library, said: "The song's roots seem firmly planted in the west country, possibly originating from Somerset in Tudor times, but no-one knows for sure.

"In the late 1800s and early 1900s there was a craze for ‘collecting’ folk songs; music enthusiasts travelled the country, visiting villages and homing in on the oldest inhabitants to coax them to sing the songs they had learned at their mothers’ knees.

“However, none of the published collections appears to have anything resembling 'We Wish You a Merry Christmas' in any recognisable form.

"We don’t know where Warrell got the song from. Perhaps even in the 1930s carollers were singing it on people’s doorsteps, or maybe it was something he remembered from his rural Somerset childhood.

"Until anyone can provide an earlier score, every proud Bristolian should claim the credit for Arthur Warrell because he seems to have got there first."

Arthur Sydney Warrell was born at Farmborough near Bath in 1882. His later education was at the Merchant Venturers Technical College in Bristol and he went on to become assistant organist at Bristol Cathedral.

He was later appointed organist at Clifton Parish Church (St Andrews, damaged in the Blitz and later demolished; the famous Birdcage Walk goes through its cemetery).

In 1909 Warrell was appointed Lecturer in Music at Bristol University and would spend the next 30 years at the heart of the cultural life of the University and of the wider city.

He founded the University Choir in 1925 – this was all-male; a separate women's choir followed in 1930. He also started the University's orchestra and the University Madrigal Singers. He played the organ at numerous churches, conducted the Bristol Royal Orpheus Glee Society and in later years made a number of broadcasts on the BBC Radio from Clifton.

At the University he directed an endless round of concerts, most of them featuring music by some of the leading composers of the day, including Ralph Vaughan Williams (a particular hero of his), Peter Warlock, Herbert Howells and others. Many big names came to Bristol in person to conduct at his behest.

Warrell was a composer in his own right, but his real love seems to have been in writing arrangements of existing tunes.

Eugene Byrne, editor of the Bristol Times, said: "All journalists like scoops - even historical ones – and while we’d love to definitively claim the best-known version of this song for Bristol and for the University, that might turn out to be fake news.

"But unless some diligent scholar finds evidence to the contrary, the work that Special Collections and Bristol Times have done means we can say that the first known written score comes from Bristol. We can also claim that the song originated in the West Country hundreds of years ago, when people knocked on the doors of the local gentry to demand figgy pudding and other seasonal treats."

To hear a scratchy early recording of Warrell's arrangement, see https://tinyurl.com/yb4cdrkg and go to one minute 57 seconds in.