Knighthood for Emeritus Professor of Mathematics 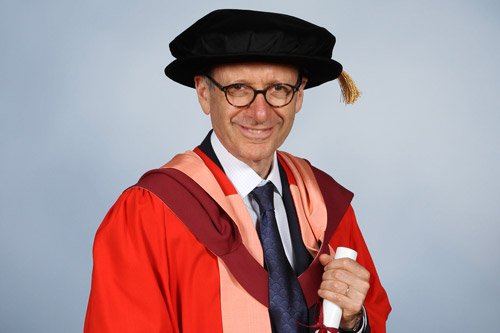 Bernard Silverman, Emeritus Henry Overton Wills Professor of Mathematics at the University of Bristol and lately Chief Scientific Adviser to the Home Office, has been knighted in the New Year Honours List 2018 for public service and services to Science.

Sir Bernard is a statistician whose research has ranged widely across theoretical and practical aspects of statistics.

He is recognised as a pioneer of computational statistics, researching the ways that computing power has changed our ability to collect, analyse, understand and utilise data.  He has published extensively in this field, covering aspects from the fundamental mathematical properties of new methods to computer packages for their implementation. He has collaborated in many fields in the physical, life and social sciences, and with various areas of industry and government.

Following the award of a Gold Medal at the 1970 International Mathematical Olympiad, he studied Mathematics and then Statistics at Cambridge University. In parallel with his doctoral research into computational statistics, he co-designed the first pocket programmable calculator, the Sinclair Cambridge Programmable.

He went on to senior academic and leadership posts at the Universities of Bath, Bristol and Oxford. He has spent a substantial amount of time as a visitor at Stanford and various other universities in the USA and worldwide. He has a very broad record of providing statistical and consultancy advice in industry, commerce and Government as well as in financial and legal contexts.

From 2010 to 2017 he worked full time as Chief Scientific Adviser to the Home Office. His role was to provide and facilitate scientific advice on all aspects of Home Office policy and operations to the Home Secretary, ministers and officials, to lead research and science within the Home Office, and to build relationships within and outside Government including internationally.  He is now freelance, with roles including research, charity trusteeship, consultancy, and advice to Government.

His main research activity is in modern slavery, building on his work for the Home Office in producing the first scientific estimate of the prevalence of modern slavery in the UK. His estimate of 10,000 to 13,000 victims played a pivotal role in the launch of the strategy leading to the Modern Slavery Act 2015, and he is now involved in developing the methodology further and in applying it world-wide.  He is a member of the Independent Anti-Slavery Commissioner’s Advisory Panel and the Prime Minister’s Task Force on Modern Slavery.

His other current main interest is in security, as chair of the Technology Advisory Panel, set up under the provisions of the Investigatory Powers Act 2016 to give specialist advice to the senior judges who provide independent oversight of the use of investigatory powers by intelligence agencies, police forces and other public authorities.  In addition, his concerns include research integrity, as Chair of the UK Research Integrity Office, scientific matters relevant to public policy generally, for example as a Board Member of the Parliamentary Office of Science and Technology, and diversity and equality issues, as a member of the Royal Society’s Diversity Committee.

Professor Silverman is a Fellow of the Royal Society and of the Academy of Social Sciences, and is the recipient of the premier award of the American statistical societies and two Guy Medals of the Royal Statistical Society, of which is also a former President.  He has been awarded the honorary degree of Doctor of Science by the Universities of St Andrews, Lancaster, Bath and Bristol.  He was knighted in the 2018 New Year Honours List for public service and services to Science.