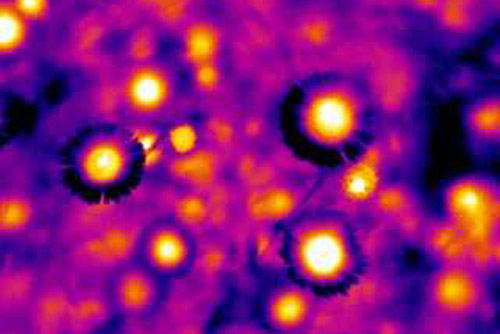 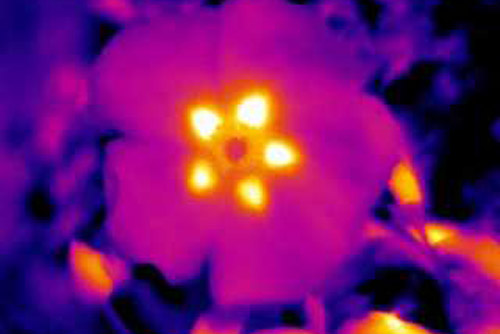 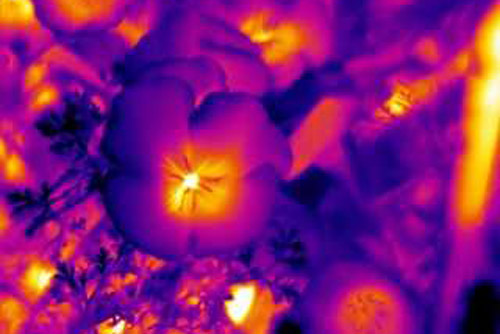 A new study, led by scientists from the University of Bristol, has found that a wide range of flowers produce not just signals that we can see and smell, but also ones that are invisible such as heat.

In the hidden world of flower-pollinator interactions, heat can act not only as life-sustaining warmth, but can also be part of the rich variety of sensory signposts that flowers use to provide advertisement and information for their insect pollinators.

The majority of flowers examined, including many common in gardens, such as poppies and daisies, had complex patterns of heat across their petals, echoing the colourful patterns that we see with our own eyes.

On average these patterns were 4–5°C warmer than the rest of the flower, although the patterns could be as much as 11°C warmer.

The Bristol Scientists made artificial flowers that copied these heat patterns, but did not include the corresponding colour patterns.

While these artificial flowers look identical to human eyes, and we are not able to tell them apart, it is a different case for foraging bumblebees.

The study’s lead author, Dr Heather Whitney, from the University of Bristol’s School of Biological Sciences, said: “The presence of multiple cues on flowers is known to enhance the ability of bees to forage efficiently, so maximising the amount of food they can take back to sustain the rest of their colony.

‘The diversity of floral temperature patterns, and their use by pollinators’ by Harrap, Rands, Hempel de Ibarra and Whitney in eLife https://doi.org/10.7554/eLife.31262