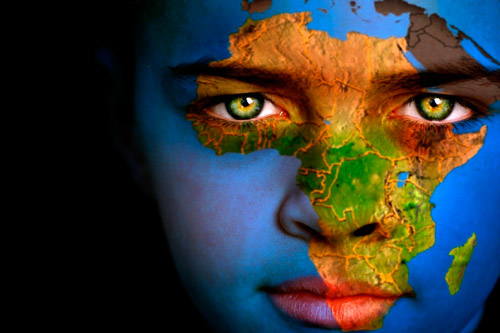 A major new project aimed at tackling the devastation caused by plant disease in Africa will be launched when world-class scientists and researchers from across the UK and Africa visit Bristol for a three-day conference in the new year.

It is the inaugural event for the CONNECTED network project, funded by a £2 million grant from the UK government’s Global Challenges Research Fund, which supports research on global issues that affect developing countries. News of the conference comes as the new CONNECTED website is launched this week.

Plant diseases significantly limit the ability of countries in Sub-Saharan Africa to produce sufficient staple and cash crops such as cassava, sweet potato, maize and yam. The CONNECTED project focuses on their spread by vectors –insects that transmit a disease from one plant to another.

Professor Gary Foster from the University of Bristol's School of Biological Sciences is leading the project. He and his team have long been recognised as world-leading in plant virology and vector-transmitted diseases.

“The CONNECTED project is building a sustainable network of world-class researchers to develop practical solutions. We will work in close partnership with African scientists and stakeholders, though people from anywhere in the world are able join the network. Together we aim to tackle plant disease that devastates lives in Sub-Saharan Africa,” says Professor Foster.

“We are determined to fight malnutrition, poverty and food insecurity, and bringing the network together in Bristol for our first conference officially launches this exciting three-year project.”

The objectives of the conference will be to:

•             Collaboratively produce a detailed Action Plan to guide the project through its duration.

The project’s Management Board will hold its first meeting during the conference. It is chaired by the UK's Chief Plant Health Officer, Professor Nicola Spence, and comprises UK and Africa-based experts in vector-borne plant disease, sustainability, social and environmental science, and agricultural impact.

The conference will also include a range of activities including presentations from researchers and others involved in the project, and a series of workshops.

Effective collaboration lies at the heart of the project’s new website www.connectedvirus.net, which is now live. Alongside key project information and updates, it includes interactive features enabling those who sign up to the network to collaborate through an online forum, newsletters and other means. Network members will also be alerted to news of funding calls that support exciting, innovative research projects, including those likely to interest early career researchers.

Anyone with an interest in African plant virus vector-borne disease can apply to attend the conference and to become a network member, via the website.

As the project progresses, CONNECTED will run further meetings, training courses, seminars and networking events in both the UK and Africa with the aim of promoting interdisciplinary working and strengthening research capacity and capability. The University of Bristol's Cabot Institute, of which Professor Foster is a member, will also provide input and expertise to the project.

1. The CONNECTED launch conference will take place in central Bristol on 29, 30 and 31 January 2018. Media representatives will be notified of interview, film and photograph opportunities in the next few weeks.

2. Limited crop production causes poverty, malnutrition and food insecurity, which in turn hinder economic and social development. A range of new factors are set to compound the situation and raise the threat still further: the emergence of new virus diseases; climate change; a growing population, and resource limitations.

4. The research projects with the greatest regional impact will then be grown into larger scale activities to achieve still greater bearing on the battle to control plant disease in Sub-Saharan Africa. CONNECTED will also provide training and capacity-building opportunities in Sub-Saharan Africa.

5. The CONNECTED project is so named as it is the COmmunity Network for AfricaN vECTtor-borne plant viruses