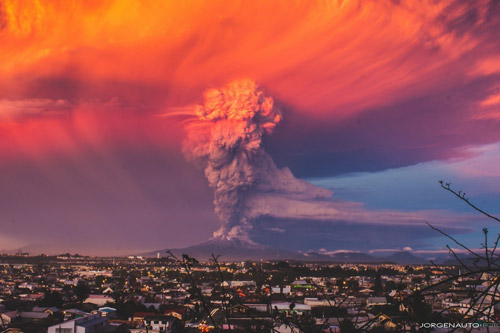 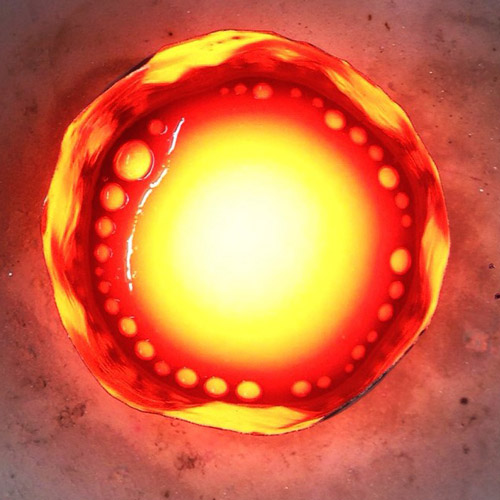 Volcanic eruptions are the most spectacular expression of the processes acting in the interior of any active planet.

Effusive eruptions consist of a gentle and steady flow of lava on the surface, while explosive eruptions are violent phenomena that can eject hot materials up to several kilometres into the atmosphere.

The transition between these eruptions represents one of the most dangerous natural hazards.

Understanding the mechanisms governing such transition has inspired countless studies in Earth Sciences over the last decades.

In a new study led by Dr Danilo Di Genova, from the University of Bristol’s School of Earth Sciences, an international team of scientists provide evidence, for the first time, that a subtle tipping point of the chemistry of magmas clearly separates effusive from explosive eruptions worldwide.

Moreover, they demonstrate that variabilities at the nanoscale of magmas can dramatically increase the explosive potential of volcanoes.

Dr Di Genova said: “The new experimental data, thermodynamic modelling and analysis of compositional data from the global volcanic record we presented in our study provide combined evidence for a sudden discontinuity in the flow behaviour of rhyolitic magmas that guides whether a volcano erupts effusively or explosively.

“The identified flow-discontinuity can be crossed by small compositional changes in rhyolitic magmas and can be induced by crystallisation, assimilation, magma replenishment or mixing.

“Composition-induced flow behaviour variations may also originate from changes in magmas intrinsic parameters such as temperature, pressure or oxygen fugacity.”

These can result in revitalization of a previously “locked” magma chamber via chemical fluidification or may hinder efficient degassing and lead to increased explosive potential via chemical “stiffening” of a magma.

Furthermore, the study showed how the sudden precipitation of iron-bearing nanocrystals, which have been recently found in volcanic rocks, can increase the explosive potential of a magma via both depletion of iron in the melt structure and providing nucleation points for gas bubbles which drive explosive eruption.