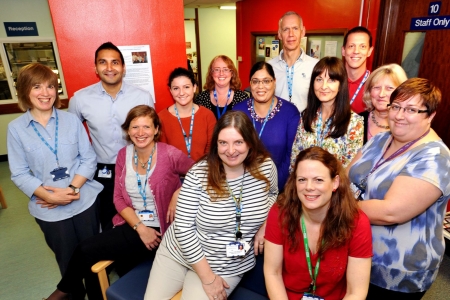 Extending the operating hours of the liaison psychiatry service at the Bristol Royal Infirmary’s (BRI) Emergency Department has led to improved care and outcomes for patients who have self-harmed, NIHR-funded research has found. Self-harm is a strong risk indicator for suicide, so getting psychiatric support for these patients has the potential to save lives.

The findings, published in BMJ open, also show that, over a three-month period, the initial investment in the extended service may have led to a saving of £36,150 in emergency department and hospital costs, for this specific group of patients. This equates to £144,600 annually.

In 2014, Bristol Clinical Commissioning Group commissioned University Hospitals Bristol NHS Foundation Trust, which runs the BRI, to extend the operating hours of its liaison psychiatry service. The service was extended because most emergency department patients who have self-harmed present outside office hours.

The service change, improving levels of liaison psychiatry team cover from 40 hours over five days to 98 hours over seven days a week, needed an additional investment of around £250,000 per year.

The University of Bristol researchers focused on the impact of this service change on self-harm patients because they make up a high proportion of the liaison team’s workload, are the patient group at highest risk of suicide and have detailed data collected about their care through the local self-harm register. It was this detailed data that made this evaluation possible. They also may have to wait in the emergency department or be admitted to hospital if they can’t have a timely psychiatric assessment.

Following the service extension, about 10 per cent more patients received a psychosocial assessment. The waiting time for an assessment decreased by more than three hours. In 2015 with the new hours in place, patients were 20 per cent less likely to re-attend for self-harm within 90 days.

However, because the study only covered a short three-month period and relatively small number of patients, these results are preliminary. A larger study is needed to provide stronger evidence on costs and re-attendance.

The findings will help commissioners across England judge whether further investment in liaison psychiatric services represents value for money, though more research is needed.

Salena Williams, who leads the psychiatric liaison team at the Bristol Royal Infirmary, said: “It is fantastic to have this evidence to support the investment that we convinced our local commissioners to make. Our team has been collecting data about self-harm patients for several years. The data was telling us that our service wasn’t covering the times when most patients who self-harm present, leading to them falling between the cracks. As self-harm is a strong indicator for suicide, it’s vital that we help these people at the first available opportunity. The service extension has allowed us to do just that – and this evidence shows that there are potential financial savings too.”

Brent Opmeer, who led the research, said: “While this study was only able to look at one group of patients over a relatively short period of time, it’s promising evidence that investment in psychiatric liaison services not only saves money, but improves outcomes for a vulnerable group of people. We hope to work with the psychiatric liaison team at the BRI to assess the impact more comprehensively.”

This project was a collaboration between the National Institute for Health Research Collaboration for Leadership in Applied Health Research and Care West (NIHR CLAHRC West) and STITCH, the Bristol Health Partners Health Integration Team (HIT) that focuses on improving care for people who self-harm.

‘Extending the liaison psychiatry service in a large hospital in the UK: a before and after evaluation of the economic impact and patient care following Emergency Department attendances for self-harm’ by Brent Opmeer, Will Hollingworth, Elsa Marques, Ruta Margelyte, David Gunnell published in BMJ Open.