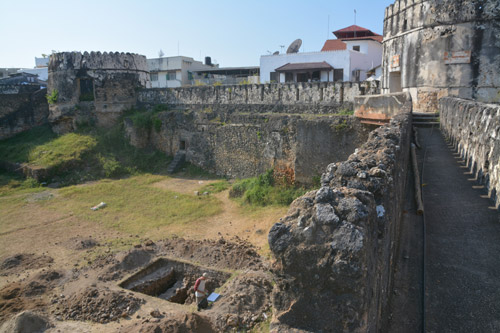 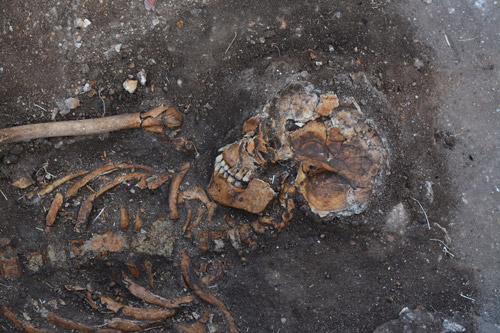 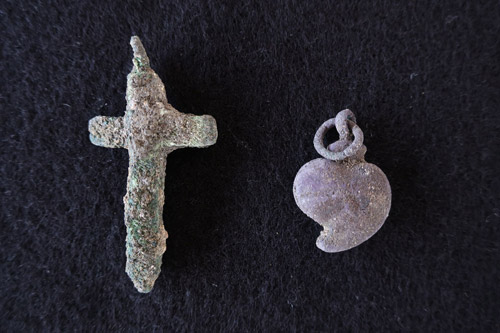 A team of archaeologists from the University of Bristol and Zayed University (Abu Dhabi) have uncovered the foundations of two seventeenth century Portuguese churches on the East African island of Zanzibar.

The Portuguese controlled the East African coast between 1500 and 1698. Information about Portuguese missionary activity in the region is limited, and these findings will help understand the long period of conflict between Christians and Muslims in the Western Indian Ocean during this period.

The findings were made inside an eighteenth century Arab fort located in the heart of the Zanzibar Stone Town.

This fort, which is now a cultural centre, contains within its walls fragments of several earlier buildings. A Portuguese spy reported in 1710 that the Arabs had built a ‘ridiculous little fort’ reusing the walls of the Portuguese mission church.

The archaeologists located this church that dates back to around 1610 and was founded by a mission of Augustinian monks. Ground penetrating radar gave the archaeologists a good idea of its size around 35 metres in length and 16 metres wide, with two transepts.

Portuguese records recall that the Christian community was massacred in 1651, including the Vicar, Father Manoel de Nazareth, and much of the church was destroyed.

The archaeologists were surprised to find a second smaller-sized church constructed among the ruins of the first church that may belong to a building dating back to around 1652 when the island was recovered.

This building was only 20 by 8 metres, and seems to have been a simple barn-like building. The second church contains numerous Christian burials below its floor, who could be the victims of the massacre as well as the Christians who later lived in Zanzibar in the seventeenth century.

One burial was of a female, possibly a nun, with a sacred heart medallion around her neck; the Sacred Heart became particularly popular after 1675. Another burial was associated with a bronze crucifix. At least one burial seems to have had traces of a musket ball injury.

The Portuguese community in Zanzibar fell apart with the murder of Vicar of Zanzibar, Manoel de Conceiçao in 1694. Portuguese control of East Africa ended with the fall of Fort Jesus in Mombasa to Omani Arabs in 1698. The ruins of the church were converted into a fort, and the centre for Omani Arab expansion into the East African coast from Arabia.

Professor Mark Horton from the University of Bristol’s Department of Archaeology and Anthropology, led the research. He said: "The excavations also showed that the Portuguese were not the first to settle in this part of the island. Below the level of the Portuguese churches, were over two metres of archaeological deposits dating from the eleventh to the sixteenth centuries. Historians have long argued that the Zanzibar Stone is only about 300 years old; the new archaeological finds show that its history goes back a thousand years."

The research was undertaken in association with the Zanzibar Department of Antiquities and the Abu Dhabi Tourism & Cultural Authority and was directed by Professor Horton from Bristol and Dr Timothy Power from Zayed University (Abu Dhabi). The researchers are planning to return in 2018 to complete the excavation, with the aim of creating a museum and an archaeological zone on the site.