What’s hopping around in your pond? 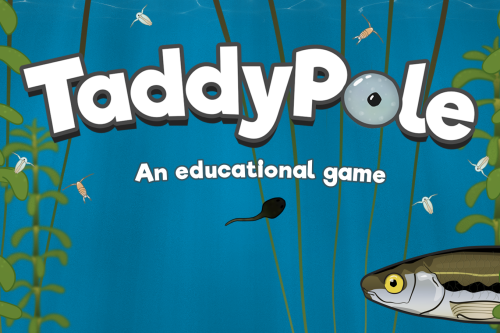 A free, innovative educational app that teaches children about the lifecycle and habitats of tadpoles has been developed and launched by computer science students from the University of Bristol.

‘TaddyPole’ is an interactive, cross-platform application designed to help teach children all about tadpoles and where they live. The app was created as part of the second year software project engineering unit within the Merchant Venturers School of Engineering and in collaboration with Professor Alan Roberts of the School of Biological Sciences.

The four students, Hal Jones, Bhavish Jogeeah, Matthew Plumeridge and Alex Dalton, from the Department of Computer Science, worked for six months to design, implement and launch the app across mobile devices and on the web.

Dr Dan Schien, Senior Research Associate in the Department of Computer Science and academic lead for the unit, said: “We were very impressed with the level of talent and commitment shown by the students. Working alongside Professor Alan Roberts as their client, the students have shown what can be achieved in such a short period of time. Their game is a fantastic example of how project work can help with the learning of software engineering in an enormously inspiring way.”

The Taddypole game is also featured on a website built as part of a Biotechnology and Biological Sciences Research Council (BBSRC) research grant awarded to biological scientists, Dr Steve Soffe and Professor Alan Roberts. Tadpoles.org.uk aims to inform a wider audience about tadpole biology, and explain how Bristol’s cutting-edge research on tadpoles can help scientists to understand how nervous systems control movements like swimming.

Taddypole has been launched for iOS, Windows, Android devices and it can also be played via the web. To download or play the game, visit: https://winteriscompiling.uk/taddypole

A video produced by the second year computer science students showcasing the Taddypole game is available at: https://vimeo.com/166583037

The course is organised around teams of students, usually five or six in a team. The students act as a consultant development team to produce a software solution for a real client through applying software engineering principles.

About Tadpoles.org.uk
The Taddypole game was constructed to feature on tadpoles.org.uk built as part of the pathways to impact for a BBSRC research grant entitled, ‘Cross-modality integration of sensory signals leading to initiation of locomotion’ to Dr Steve Soffe and Professor Alan Roberts of the School of Biological Sciences at the University of Bristol.

The website, http://tadpoles.org.uk, aims to tap into the enthusiasm of children for tadpoles to explain Bristol’s research on how tadpoles swim to a general audience. The research also uses tadpoles as a simple model organism to understand how brains work.

About BBSRC
The Biotechnology and Biological Sciences Research Council (BBSRC) invests in world-class bioscience research and training on behalf of the UK public. Our aim is to further scientific knowledge, to promote economic growth, wealth and job creation and to improve quality of life in the UK and beyond.

Funded by Government, BBSRC invested over £509M in world-class bioscience in 2014-15. We support research and training in universities and strategically funded institutes. BBSRC research and the people we fund are helping society to meet major challenges, including food security, green energy and healthier, longer lives. Our investments underpin important UK economic sectors, such as farming, food, industrial biotechnology and pharmaceuticals.