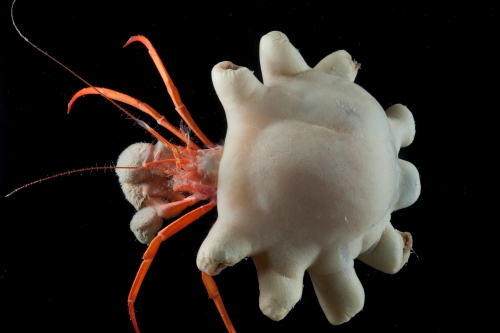 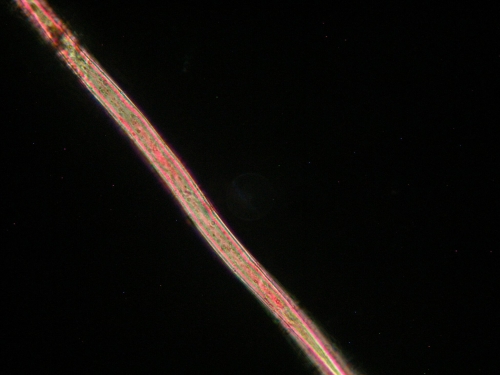 Scientists have found evidence of microfibers ingested by deep sea animals, revealing for the first time the environmental fallout of microplastic pollution.

The UK government recently announced that it is to ban plastic microbeads, commonly found in cosmetics and cleaning materials, by the end of 2017.  This followed reports by the House of Commons Environmental Audit Committee about the environmental damage caused microbeads. The Committee found that a single shower can result in 100,000 plastic particles entering the ocean.

Researchers from the universities of Bristol and Oxford, working on the Royal Research Ship (RRS) James Cook in the mid-Atlantic and south-west Indian Ocean , have now found evidence of microbeads inside hermit crabs, squat lobsters and sea cucumbers, at depths of between 300m and 1800m.  This is the first time microplastics – which can enter the sea via the washing of clothes made from synthetic fabrics or from fishing line nets – have been shown to have been ingested by animals at such depth.

The results are published in the journal Scientific Reports.

Laura Robinson, Professor of Geochemistry in Bristol’s School of Earth Sciences, said: “This result astonished me and is a real reminder that plastic pollution has truly reached the furthest ends of the Earth.”

Microplastics are generally defined as particles under 5mm in length and include the microfibres analysed in this study and the microbeads used in cosmetics that will be the subject of the forthcoming Government ban.

Among the plastics found inside deep-sea animals in this research were polyester, nylon and acrylic. Microplastics are roughly the same size as ‘marine snow’ – the shower of organic material that falls from upper waters to the deep ocean and which many deep-sea creatures feed on.

Dr Michelle Taylor of Oxford University’s Department of Zoology, and lead author of the study, said: “The main purpose of this research expedition was to collect microplastics from sediments in the deep ocean – and we found lots of them. Given that animals interact with this sediment, such as living on it or eating it, we decided to look inside them to see if there was any evidence of ingestion. What’s particularly alarming is that these microplastics weren’t found in coastal areas but in the deep ocean, thousands of miles away from land-based sources of pollution.”

The animals were collected using a remotely operated underwater vehicle. The study, funded by the European Research Council (ERC) and the Natural Environment Research Council (NERC), was a collaboration between The University of Oxford, the University of Bristol, the Natural History Museum in London, and Staffordshire University’s Department of Forensic and Crime Science, which made sure the results were robust and the study was free from potential contamination.

Dr Claire Gwinnett, Associate Professor in Forensic and Crime Science at Staffordshire University, said: “Existing forensic approaches for the examination of fibres are tried and tested for their robustness and must stand up to the scrutiny of the courts of law. These techniques were employed in this research in order to effectively reduce and monitor contamination and therefore provide confidence in the fact that the microplastics found were ingested, and not from the laboratory or other external contaminant.

“Using forensic laboratory techniques, we have identified that microplastics are present in ingested material from deep sea creatures. Forensic science is still a fairly new science, but we are delighted that our work and techniques are starting to inform other sciences and important environmental research such as this.”