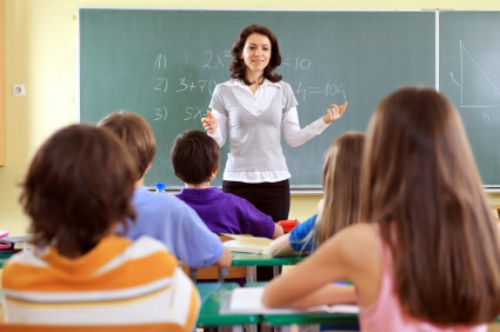 Low-achieving students respond to incentives to increase their effort and engagement at school - and the behaviour improvement shows up in much improved GCSE results. That is the central finding of new research published today from the University of Bristol.

The project trialled the use of pupil incentives to raise their effort and engagement at school.   The intervention had substantial effects on the Maths and Science GCSE performance for around half of the pupils. This impact was high enough to wipe out half of the secondary school attainment gap between students eligible for Free School Meals, and is concentrated on low attaining pupils.

The research involved setting up a large scale field experiment involving over 10,000 Year 11 pupils in 63 schools to test the impact of incentives. Schools were recruited in the poorest parts of neighbourhoods in England.  The incentives were offered for inputs (effort and engagement), not outputs such as test scores.

The research team compared a cash incentive and a non-financial reward in the form of a high-value event determined jointly by the school and students.  The cash incentive offered up to £80 per half-term.

“The best way of gauging the impact of the intervention is that for this group it is more than half of the impact of poverty (eligibility for free school meals, FSM) on GCSE scores,” said Professor Burgess.

“This is worth emphasising: a one-year intervention costing around £200 - £320 per student eliminates half of the FSM gap in Maths and Science GCSE scores in the poorest neighbourhoods. There are also pupils for whom this intervention has no effect, pupils who are already putting in a huge effort at school.”

Analysis shows that the impact of interventions is greatest for low attainers. Among pupils with low predicted GCSE scores, pupils in the intervention group scored substantially more than in the control group. Whereas in pupils expected to do well, the incentive made little difference.

Professor Burgess added: “Our hope was that improved effort and engagement would raise GCSE scores, even though the scores themselves carried no rewards. Among pupils with low predicted GCSE scores, pupils in the intervention group scored substantially more than in the control group. For those pupils expected to do well, and already making a huge effort at school, the incentives made little difference.”

The analysis also covered the impact of the incentives on summary measures of GCSE performance, including passing the 5A*C(EM) threshold. For the low attainers, this increased significantly by around 10 percentage points, and not at all for the high attainers. This is important because of the very high earnings penalty to not reaching that benchmark, estimated at about 30 per cent of earnings.

The full report on the project was written by Simon Burgess, Rob Metcalfe and Sally Sadoff, and can be found here: http://www.efm.bris.ac.uk/economics/working_papers/pdffiles/dp16678.pdf.

The experiment was funded by the Education Endowment Foundation.