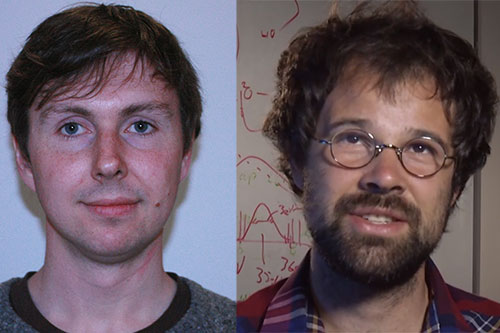 Two researchers in the School of Chemistry have been awarded 2016 Philip Leverhulme Prizes in recognition of their early-career achievements and exceptional promise.

Dr John Bower’s research lies within the area of asymmetric catalysis, with a particular focus on metal-catalysed processes and their application to heterocyclic chemistry. Research in Dr Bower’s group involves the development of new metal-catalysed carbon-carbon and carbon-heteroatom bond-forming processes. Applications of the new methods to N-heterocyclic chemistry, total synthesis and medicinal chemistry are also pursued. Dr Bower’s research is of high interest to the pharmaceutical and agrochemical sectors, with several projects supported by major multinational companies.

The Philip Leverhulme Prizes recognise the achievement of early career researchers whose work has already attracted international recognition and whose future career is exceptionally promising. The prize scheme makes up to 30 awards of £100,000 a year, across a range of academic disciplines.