The effectiveness of 3D camouflage 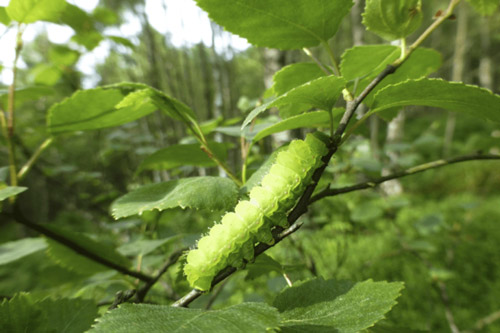 Now you see it... University of St Andrews 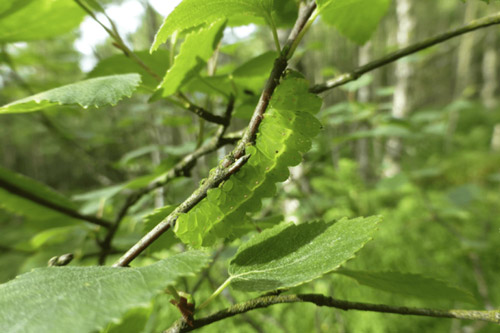 Now you don't...The caterpillar is harder to spot in the second image because the effects of shading are counteracted by the countershading. It happens to be the very example that Abbott Thayer used to illustrate his theory more than 100 years ago. In reverse of the usual countershading rule, the caterpillar’s back is paler than its belly. This is because in its most common pose, hanging below the branch, its belly is uppermost. University of St Andrews

Over 100 years ago, the American artist Abbot Thayer proposed that the reason so many animals are darker on their backs than their bellies is to disguise their 3D shape and so improve camouflage.

This theory has been tested by scientists from the Universities of Bristol, St Andrews and Abertay and their findings are published today in Proceedings of the National Academy of Sciences, USA.

Because light comes from above, a uniformly coloured animal would appear lighter on top and darker (in shadow) below. These cues to shape that come from shading are what the brain, and artists, rely on to determine 3D form.

Thayer's clever idea was that by having pigment gradients opposite to those created by illumination, an animal could remove the shape-from-shading cues and thus be harder to spot.

Lead author Professor Innes Cuthill, from the University of Bristol’s School of Biological Sciences, said: "It's a simple idea but, because shadows are much sharper in direct sun than shade, the best countershading should vary strongly with the environment the animal lives in."

Professor Julie Harris, a collaborator at the University of St Andrews, explained: "We used mathematical models of the effects of the type of illumination to generate predictions that we could test with artificial prey."

The prey were caterpillar-sized tubes of paper printed with different gradients of leaf-green shading.

They containing a dead mealworm that birds would happily eat if they spotted the paper cylinder.

Hundreds of these paper caterpillars were attached to bramble bushes in Bristol parks and their 'survival' in the face of bird predation was recorded.

Professor Cuthill added: "The results were as predicted: a sharp transition from dark back to light belly worked best in direct sun; a smoother fuzzy transition worked better in shade and on cloudy days.

"Ours is the first study to show that the match between the type of countershading and the lighting is really important for effective camouflage."