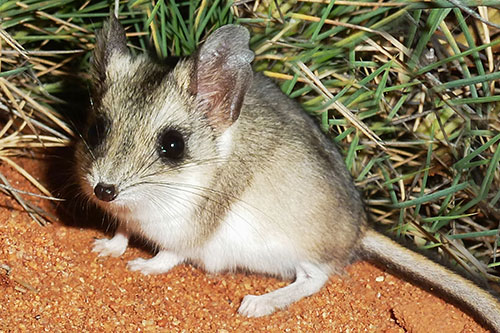 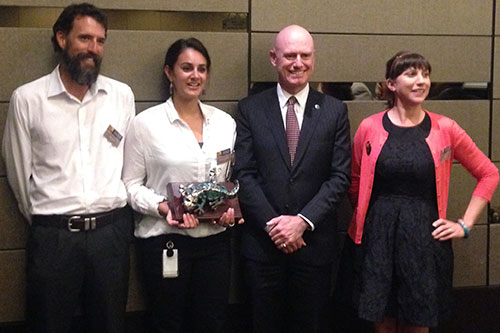 Joanna Riley, a PhD student in the School of Biological Sciences, has won a prestigious environmental award from the Government of Western Australia.

Joanna’s Golden Gecko Award for Environmental Excellence recognises her study of the sandhill dunnart, an endangered species of marsupial, which she took from an MSc to a PhD project in Professor Gareth Jones' Spatial Ecology research group.

The Sandhill Dunnart Monitoring Programme has its origins in a survey of remote fauna in the Great Victoria Desert, conducted by Kingfisher Environmental Consulting (a company founded by Joanna’s partner Jeff Turpin), for the APA Group, a natural gas company.

The survey discovered a new population of sandhill dunnarts (Sminthopsis psammophila), prompting the creation of a monitoring programme that used new radiotracking and GPS methods to study the ecology of this elusive species.

The Golden Gecko Awards for Environmental Excellence recognise leading practice and innovation in environmental management and provide an opportunity to share experiences between government, industry and the community.

You can read more about the Sandhill Dunnart Monitoring Programme on pages 7 and 8 of the Great Victoria Desert Biodiversity Trust Newsletter, and more about the partnership behind the project in a news piece in the West Australian.