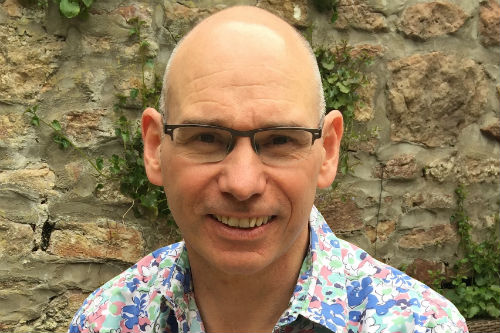 Professor Dek Woolfson is the Royal Society of Chemistry Interdisciplinary Prizewinner for 2016.

Professor Woolfson is joint chair in Chemistry and Biochemistry at the University of Bristol and is recognised for his work using chemistry and physics to understand aspects of biology. He is interested in how long chain-like molecules called proteins fold up into intricate three-dimensional shapes. These protein structures are ultimately responsible for the many thousands of functions of proteins, which include carrying oxygen in the blood, defending cells and tissues against infection and disease, and making our muscles work.  His work tests our understanding of proteins by attempting to design new protein structures and functions from scratch.  Some of the proteins that his research team makes are being developed as delivery systems for medicines, and as the basis for new vaccines.

He said: “I am delighted to be awarded the Royal Society of Chemistry’s Interdisciplinary Prize for 2016.  I feel honoured to have my name added to the list of extremely distinguished scientists who have held this prize previously.  Most importantly, I am pleased to accept the Award on behalf of my co-workers and collaborators at Bristol with whom it has been my privilege and pleasure to work with over the past decade.”

The prize is awarded for work at the interface between chemistry and other disciplines.

Dr Robert Parker, Chief Executive of the Royal Society of Chemistry said: “We are proud to celebrate and support the work of inspiring and influential individuals, whose work has the potential to improve so many lives.”