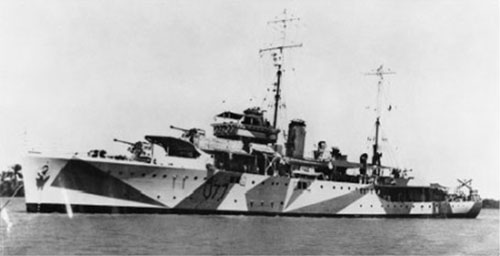 Dazzle camouflage, as used on World War I battleships to fool U-boat commanders, has been modernised for the twenty-first century with moving patterns.

New research from the University of Bristol, published in PLOS ONE, has found that these moving patterns can cause a marked change in perceived speed.  This would be enough to cause a targeting error of up to 2m for a Land Rover at a distance of 70m, moving at 55mph.

The researchers found that the perceived speed of the target could still be distorted with only a small patch of the dynamic dazzle at each end.  In terms of real world applications, this could prove useful if applying the camouflage to vehicles where there are doors in the central section that need to be able to open and close easily.

Dr Hall said: "Further research would be required for the dynamic dazzle to be scaled up for use on an object of a similar size to a Land Rover but our experiments provide preliminary evidence that this is a predictable and robust effect which is unaffected by the observer’s stress level.  These are all attributes required of a successful camouflage strategy in the real world."