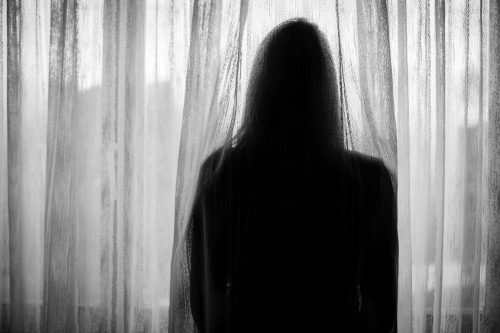 Researchers at the University of Bristol have received more than £2.5 million from the National Institute for Health Research (NIHR) for research that aims to increase the safety and well-being of victims of domestic violence and abuse (DVA).

Reaching Everyone Programme of Research On Violence In diverse Domestic Environments (REPROVIDE) is a six-year programme, which will investigate ways of improving how healthcare professionals respond to all family members experiencing or perpetrating DVA,  and study the effect of a perpetrator group.

REPROVIDE will examine the value of training general practice staff about the needs of children exposed to DVA, and of men experiencing or perpetrating DVA, and linking them to specialist services. It will also examine the value of a group programme for men who perpetrate DVA to help them stop being abusive.

Professor Gene Feder, GP and Professor of Primary Care at the University of Bristol’s Centre for Academic Primary Care, is leading the research. He said: “This is probably the most challenging DVA and health research programme to date. Through the IRIS general practice training and support programme, now commissioned in over 30 areas of England and Wales, we have already shown that with training, general practice staff can respond appropriately to women experiencing DVA.  We want to extend this model to train general practice staff on how to deal with male victims and perpetrators, and integrate the responses to men, women and children.”

Programme manager Dr Jayne Bailey said: “The second part of our research will investigate the effectiveness of programmes for men who perpetrate DVA. While perpetrator groups exists, there is no UK-based randomised control trial evidence about their effectiveness. . We will investigate which is the most promising programme, and this will be adapted and tested first in a small group of men who have perpetrated DVA and their partners or ex-partners. If this looks promising, we will test it in a large experimental study based in primary care.”

REPROVIDE will run from February 2016 to January 2021 and is led by researchers from the University of Bristol’s Centre for Academic Primary Care (School of Social and Community Medicine), in collaboration with the University’s Centre for Gender and Violence Research (School of Policy Studies). The programme involves colleagues at Kings College London, Oxford University, University of Melbourne and domestic violence charities Respect and Next Link.

It will be hosted by Bristol Clinical Commissioning Group, with a strong link between the programme and NHS service commissioners, who have already had input into the development of REPROVIDE.

About The National Institute for Health Research

The National Institute for Health Research (NIHR) is funded by the Department of Health to improve the health and wealth of the nation through research. The NIHR is the research arm of the NHS. Since its establishment in April 2006, the NIHR has transformed research in the NHS. It has increased the volume of applied health research for the benefit of patients and the public, driven faster translation of basic science discoveries into tangible benefits for patients and the economy, and developed and supported the people who conduct and contribute to applied health research. The NIHR plays a key role in the Government’s strategy for economic growth, attracting investment by the life-sciences industries through its world-class infrastructure for health research. Together, the NIHR people, programmes, centres of excellence and systems represent the most integrated health research system in the world. For further information, visit the NIHR website.